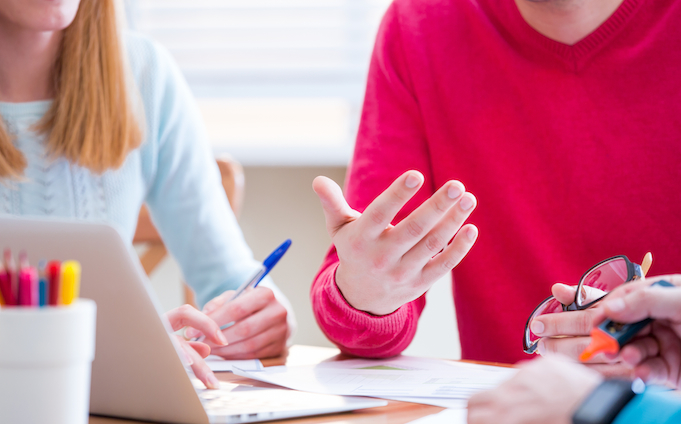 Backstabbing banter, unconfirmed fact swaps and low blows are all fair definitions of the word “gossip”.

So workplace gossip is a HR nightmare, right?

“Rule of thumb when it comes to office gossip: If you have more truth telling at the water cooler than in meetings, you’ve got a problem,” Whitehurst told Business Insider.

“You want to get to a place where people feel safe to share their thoughts, feelings, and opinions about a situation, beyond the water cooler.”

Whitehurst says he doesn’t mind his employees venting and mouthing off about problems as long as they’re being truthful and productive.

However, one HR expert says she wouldn’t call what Whitehurst is talking about “gossip”.

Sue-Ellen Watts, founder and chief executive of Wattsnext HR, told SmartCompany that in her business, one of the key values is empowering employees with the confidence to speak openly and give constructive criticism where it’s warranted.

“That’s not just internally but to our clients [as well],” she says.

“We encourage people to say what they think and say how they feel.”

Watts says this enables her and her team to build better relationships with each other and their clients on a basis of trust and honesty.

But creating a workplace where employees are not afraid to speak up, share new ideas and provide constructive criticism takes bold leadership.

Here are four steps you can take to get there.

As a business leader, Watts says it’s important to create a positive environment where people are encouraged and given opportunities to share learnings and mistakes.

“You can do it via apps like Slack where people are sharing all the time,” she says.

Managers can also ask staff directly if they want to hear real feedback.

It’s something Watts did with a team quite recently.

“[We said] ‘Who here wants to know if they’re doing a bad job, if they can do something better?” she says.

Everyone said yes because people need feedback to get better at what they do.

2. Learn to give constructive criticism

“Ultimately, [as managers] we don’t give feedback or constructive criticism because it makes us feel uncomfortable,” says Watts.

“We’re making it about us.”

The crucial thing here as managers is to remember that it’s about the employees.

“You’re doing them a disservice by not having the courage to give them feedback,” she says.

“There’s lots of training [available] on how to give feedback.”

“Ultimately everyone needs to take responsibility for their own workplace experience,” says Watts.

So mindlessly venting to colleagues who can’t do anything to assist or resolve a problem doesn’t help.

“Create an environment that people can talk to the solution provider.”

This may be through one-on-one meetings, an online system or a suggestions app.

Part of this process also requires people giving the feedback to be part of the solution.

“Ask, ‘What have I done to assist in this improvement?’” she says.

When setting up workplace systems for open feedback or suggestions, Watts says these systems should ensure that people giving input also take ownership and help to make things better.

“It comes down to the leaders and creating an environment where you give permission [and] let people do that in a positive way,” she says.

4. Lend an ear to the new guys

Watts says it’s crucial to hear feedback from all employees.

Diversity of thought and receiving input from as many employees as possible will add to a healthy amount of information for business leaders to identify and address issues, she says.

“Everyone has a different viewpoint and different ideas,” says Watts.

“Sometimes, there’s no one better than the person who just started or the youngest person in the group to give their ideas.”