Why self-destructing media is the next big thing 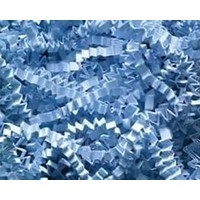 Some of the biggest controversies over the past few years have begun because of the smartphone camera. Whenever a celebrity’s phone is hacked, shortly afterwards some explicit photographs show up online and the internet goes wild. Even political scandals have begun due to some pretty awkward pictures having shown up on the internet.

Teenagers are told about the dangers of “sexting”, and indeed in many countries high schoolers have found themselves at the wrong end of child pornography laws after sharing explicit photos with friends.

But a new popular app is attempting to change all that.

Snapchat has become one of the most popular apps in Apple’s App Store – it was ahead of Instagram in early February – and it attempts to do away with those concerns. Every time you send a picture, it automatically destroys itself after 10 seconds.

It’s disappearing data in a digital world when nothing ever goes away. Both individuals – and businesses – are told to be careful, because the internet is forever. But Snapchat is attempting to do away with those concerns.

In this piece at Businessweek, the publication delves into the history of Snapchat, founded by Evan Spiegel and Bobby Murphy while attending Stanford University. They wanted to create an app that wouldn’t leave a trace of any of their mischievous behaviour.

As it turns out, the timing couldn’t have been better.

As they worked on a prototype over the summer, then-congressman Anthony Weiner was in the news because of some indiscreet photo-sharing with women he met on Twitter, and career-immolation-by-selfie was on everyone’s mind. Snapchat launched in the App Store that autumn and downloads soon soared.

“Snapchat isn’t about capturing the traditional Kodak moment,” Spiegel wrote on the company blog in May 2012. “It’s about communicating with the full range of human emotion—not just what appears to be pretty or perfect. Like when I think I’m good at imitating the face of a star-nosed mole, or if I want to show my friend the girl I have a crush on.”

In many ways this type of app is the anti-Facebook. As the piece describes, Facebook wants to hold on to information for as long as it can. Snapchat wants to destroy it.

Destroy-your-own media is becoming much more readily available. In the summer of 2012 a team of data security experts in San Francisco launched Wickr, a free mobile app that allows users to send each other an array of impermanent media – including self-destructing text messages, videos, audio files, and PDFs. Like Snapchat, users customise how long their messages will live on the recipient’s device (lasting up to several days) before disappearing.

But Snapchat isn’t a flawless system. Some have found out the hard way that it’s quite simple to keep the so-called self-destructing messages.