Why Ten’s leaders are ignoring their retail shareholders 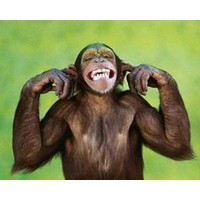 The 20,000 long-suffering retail shareholders in Ten Network Holdings have until 5pm tomorrow to protect their interests by taking up their entitlement in the bargain basement four-for-five share offer at 20c.

With the stock trading at a five-month high of 36c this morning, there is an instant 80% return to be had. When you look at the numbers involved, these are big bickies involving a potential $50 million of dilution of value. Retail investors are being offered 315 million new shares for $63 million when the market today says they are worth $113 million.

The logical thing to do is take up the stock, but many investors won’t and the Network Ten board has done very little to protect them.

When beaten-up companies do a succession of capital raisings, history shows that retail participation falls away because investors have an “I’m not giving you turkeys another red cent” attitude.

A rational investor who is fed up with Ten’s performance should sell their existing shares today at 36c and take up their full entitlement tomorrow before exiting from these new shares when they start trading on January 30.

The overall play would be a $56,000 investment to make $64,800. The same applies for the billionaires represented on the Ten board?—?Lachlan Murdoch, James Packer, Gina Rinehart and Bruce Gordon?—?who were all smart enough to take up their collective 40%+ entitlement.

Don’t believe stories from now on about Rinehart, Packer and Murdoch buying into Ten at prices around $1.50. Courtesy of this massively discounted and dilutive offer, they are now on an average entry price of about 52c, whereas long-time holder Gordon is a little higher.

Before Lachlan Murdoch joined the board in late 2010, Ten had 1.045 billion shares on issue which were trading at close to $1.50.

Now they are offering an additional 1.15 billion new shares at 20c and that is after a further 391 million new shares were issued at 51c last July. The institutional component of the latest offer was 93% subscribed with other institutions snapping up the shortfall at 20c a share so the full $167 million was raised.

Sadly, Ten and Citi are under no obligation to disclose who was selectively issued these discounted shares. They could have been issued to a blind trust operated by Communications Minister Stephen Conroy, for all we know.

But how much of the $63 million retail component will be taken up? Making such an offer at the height of the summer holiday isn’t exactly going to help with participation rates. I reckon they’ll struggle to get 60%.

There is no retail shortfall book-build to compensate non-participants and no ability for retail investors to apply for “overs” or extra shares to take up any shortfall?—?failings which were debated extensively at the AGM in Sydney on December 6.

In other words, this deeply discounted offer has been deliberately structured by the Ten board and underwriter Citi to penalise apathetic and fed-up retail investors, who will be diluted as a class to the tune of millions of dollars.

If you know a Ten shareholder, encourage them to stump up the cash and protect their relative position, rather than deliver windfall benefits to the nameless institutional clients of Citi who will pocket the shortfall without paying any premium or compensation to those less sophisticated retail investors relinquishing their rights.

Stephen Mayne is a journalist And Australian Shareholders’ Association director.