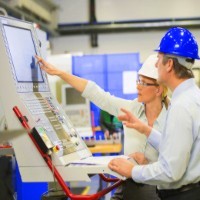 Over the last half century, manufacturing employment as a proportion of total employment has been in long-term decline.

Although many have predicted the eventual death of manufacturing, and some have even suggested it is inevitable, there are a number of reasons why policy makers should invest in the future of manufacturing.

Writing in The Conversation earlier this year, Professor Tim Mazzarol highlighted a clear link between economic growth and the presence of a viable manufacturing sector. This reflects a number of factors, including a direct relationship between the expansion of manufacturing and flows of new direct foreign investment, a critical connection between manufacturing and the development of new technologies and other innovations; and manufacturing as a driver of national productivity growth.

This does not appear to be true for most service-based industries. While these sectors are generating an increasing proportion of jobs, they do not appear to be associated with the same aggregate effect on productivity growth or innovation. Based on this evidence, Mazzarol concluded that:

The quality of manufacturing jobs

This virtuous link between economic performance and manufacturing appears to extend to the quality of jobs. Speaking on the importance of manufacturing for the resilience of the the US economy, Princeton economist, Danni Rodrik has suggested why this is the case:

“We may live in a post-industrial age, in which information technologies, biotech, and high-value services have become drivers of economic growth, but countries ignore the health of their manufacturing industries at their peril. High-tech services demand specialised skills and create few jobs, so their contribution to aggregate employment is bound to remain limited. Manufacturing, on the other hand, can absorb large numbers of workers with moderate skills, providing them with stable jobs and good benefits. For most countries, therefore, it remains a potent source of high-wage employment.”

But is this true for Australia? Has manufacturing continued to deliver high-quality jobs, even in a period where it has been forced to undergo significant restructuring and reform?

Over the last 20 years, manufacturing employment has halved, slipping from 14.2% of the workforce to just 8.2% – a fall of almost 50% – which has been most concentrated in the states of Victoria and South Australia. In terms of the size of the total labour force, however, the decline in employment has in fact been far less dramatic. In net terms, since 1994 employment in the sector has fallen from 1.1 million to approximately 950,000 workers – or a decline of around 15%. In fact, manufacturing remains the fourth largest sector in the Australian economy in terms of total jobs, behind healthcare and social assistance, retail, and construction.