Why Twiggy is right to cut the tomato sauce at Fortescue 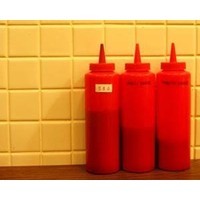 The tomato sauce, the regular staff barbecues and the brewed coffee are on their way out at the iron ore mining company, Fortescue Metals Group. After narrowing escaping breaching its debt covenants by securing a new debt facility of $3.4 billion last week, FMG is tightening its belt and searching every nook and cranny to cut costs.

It has already slashed about 1000 jobs, according to reports, to reduce operational costs, and shelved $1.57 billion in expansion spending to help mitigate the impact of a brutal slump in iron ore prices.

A leaked internal memo, published in The Australian, reveals that the company is now pleading for the support of staff as it slashes the little morale boosters that they have becomes used to: company barbecues at the end of the working week, helping themselves to the stationery cupboard, office catering, coffee from free machines, company-paid airport parking and unrestricted colour print-outs.

It’s a tack that the federal government is taking, too, as it seeks to honour its promise of a budget surplus by 2013. Finance Minister, Penny Wong, has explicitly made the connection between cutting costs such as business-class travel and printing bills and saving jobs.

While it is easy to ridicule the minutia of the measures being taken by FMG, the reality is that such measures may help the company’s remaining staff keep their jobs in a variety of ways. The hint about this comes in the suggestion on the memo that staff cut their hours and pay to help the company through its difficulties.

The question is how far to cut.

Companies such as Google place a big emphasis on the value of staff benefits to boost productivity and lower turnover. The company’s Sydney operation, which is legendary for providing free meals, fancy office fit-outs and games rooms, receives 100 applications for every job that it advertises, giving it the pick of the country’s top talent, according to reports.

Cutting company-paid perks can put a dampener of the spirits of employees, especially after retrenchments, says Kris Reynolds, a director of Let’s Talk Career. “It can have an impact on employees’ engagement because there are less of us doing more and now they are taking away our ‘nice-to-haves’.”

However, eating free fruit next to a colleague’s empty desk can also have a depressing effect on morale, she says.

Morale can be reignited in other ways, however, Reynolds points out. “There are many very low-cost solutions for morale boosting and for re-emphasising what the organisation wants to focus on: celebrating the wins such as achieving our budget or delivering on the KPIs that are important to us.

“It is about public and private praise, acknowledging when people are putting in the extra hours, commitment or energy,” she says.

The message in the (sauce) bottle

For leaders, the value of cutting staff perks is less about the actual savings made, and more about the message conveyed by the measure. “In my experience, most organisations cut those costs to send or reinforce a message and put in people’s minds that the company isn’t delivering financially,” Reynolds says.

“Stopping the fruit bowl or the morning papers is minimal to their budget, but cutting the training budget and downsizing the Christmas party reinforces management’s message of the need to focus on profitability.”