Why your IT department shouldn’t manage your social media 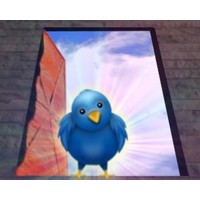 As new technology becomes more embedded in every part of business processes, the role of the chief information officer in large organisations is changing.

No longer are CIOs left to haggle with chief finance officers about the money they need to invest in business infrastructure.

Instead, CIOs now need to build close relationships with marketing chiefs, human resource managers, and dozens of other functional heads as their role shifts from being less about managing the IT in the business, and more about advising on the risks associated with it.

That’s what IT specialist Stephen Coates, a partner at accounting firm BDO, tells his clients.

“I would see the CIO as a mentoring, coaching type role within the organisation. To say to marketing, for example, yes it’s nice you’ve got these new mediums, but have you considered this and this and this.”

Nowhere is this new role for the CIO more vital than in the use of social media.

Different organisations use social media for different things, from recruiting, to internal communications, to marketing, to personal branding for the CEO and chief executives. All these uses for social media pose different risks, and it’s important someone in the organisation keeps an eye on these things to present a unified, consistent response to issues as they come up.

It’s necessary for risks to be monitored and for plans of action to be agreed upon before anything happens, Coates says.

“The issue is, if they do have reputational risks, they can’t be managed like they were five years ago. Responses have to be quick, and engagement has to be constant. You can’t afford to pass it up and wait.”

“The CIO is never going to be responsible for personally typing out or approving every tweet. But they can inform and guide the people in various different roles who do.”

Most businesses are far from reimagining the role as they need to, Coates says.

“What I find is that CIOs would like to be doing that, but keep getting told, ‘these are all IT issues so you have to handle them’. Most CIOs I come across really want to say, ‘no, this is a business issue, and I can advise on what the considerations are, but I’m not the one who should reach 40,000 customers on a daily basis’.”

CIOs are still regarded more as functional managers than strategic ones, according to a recent global survey by accountancy Ernst & Young. Of the 300 CIOs interviewed, less than half (43%) said they were deeply involved in strategic decision-making, despite most believing they have a lot to contribute to the area. Among other, non-CIO executives, just 35% believed CIOs added “strong value” to decision-making.

As one IT executive put it in Ernst & Young’s report: “If you’re just the guy who can make the BlackBerry work, why would they want to discuss strategy with you?”