Why your overseas posting will fail 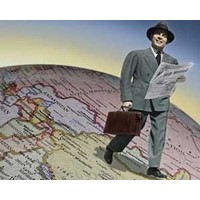 New skills, new responsibility, a new adventure, a golden opportunity. Those are the terms often used to described overseas postings. But they’re tricky to get right, and left to sink or swim, many executives who are posted overseas come back disappointed, Patti McCarthy of Cultural Chemistry tells LeadingCompany.

McCarthy is an “expatriate coach”, a term I admit to her I haven’t heard before. She laughs, acknowledging “there aren’t many of us”.

“The idea of most coaching is to act as a supporter and an adviser,” she says. “What I do is provide those services to an expatriate situation.” She works with professionals and their families who are either leaving Australia for overseas postings, or coming to Australia from elsewhere.

More than one in three (35%) overseas postings fail, and that figure gets higher in more “difficult” locations, such politically unstable countries, or those with a lot of violence. The most common reason such postings fail is the unhappiness of the executive’s spouse or family.

McCarthy’s interest in the area comes from personal experience. When she was young, her family moved to Belgium. Her mother didn’t speak French, and for the first eight months, didn’t even have a phone. Patti was placed in boarding school, leaving her mother on her own.

McCarthy has lived in Brussels, America and Botswana and, since marrying, has moved to Australia, England, Singapore, then back to Australia.

She says her job is to adjust people’s expectations so their overseas posting is more likely to be successful.

Four times out of five, the “leading spouse” is a man. This leaves wives to set up a home and possibly search for work. Meanwhile, their husband is getting the red-carpet treatment.

“The industry has an awful term for partners, which is the ‘trailing spouse’. I prefer the ‘accompanying spouse’, because ‘trailing’ shows what’s wrong with the whole way people think about these things. The spouse isn’t just someone who follows the important person in the marriage; they’re a partner in the venture too,” McCarthy says.

The accompanying spouse has a very challenging role: to hold everything together. “If there are children involved, they’ll manage the transition to a new school, sort out the house and utilities (sometimes in a second language), and have to figure out everything from where to buy groceries to finding new friends.”

Most women now have their own careers to focus on, so the act of moving overseas is already a big sacrifice they choose to bear. Professional accreditation often it isn’t recognised overseas, forcing some women to give up their careers altogether.

“So the spouse has lost their career and their friends,” McCarthy says. “It can be a very isolating period for them.”

To top it all off, executives tend to spend more time at work while overseas than they do in their home country as their responsibilities and position increases with an overseas posting. Travel to branches or neighbouring countries might increase, leaving the spouse stuck on their own for days at a time.

Unsurprisingly, many expatriates experience marital problems. In Australia, they have a higher divorce rate than the general population, but often, if it comes down to a choice between moving back home or saving their marriage, many executives chose their marriage.

How companies can keep their investment

Companies make this worse by rarely considering the big picture when deciding who to send on an overseas posting, McCarthy says. While the executive often receives cultural training, their partner is rarely included. Talent management departments assess whether someone has the right skills, but rarely assess their family situation.

McCarthy says it doesn’t have to be seen like that. “If you know 40% of expatriate assignments fail because of relationships, then surely it’s in the company’s best interests to offer support to the spouse as well as the executive where appropriate,” she says. “But what happens is everyone runs around the assignee, acknowledging they’re on a steep learning curve, while the spouse is left on their own.

“You wouldn’t believe how naive people are, and how mentally unprepared for the challenges. It can be a real emotional rollercoaster, and companies and those accepting appointments overseas rarely appreciate it.”

For executives and their partners who have been left with little support from their organisation, McCarthy says the best thing they can do is research what support is available to them.

“For example, expatwomen.com is a website full of stories of expatriate women who are living in all sorts of different cultures.”

Expat communities have a big role to play in welcoming expatriates stationed in Australia, where McCarthy says people tend to be “set in their friendship groups”, leaving newcomers on their own.

The other thing expatriates can do is ask for help, making the most of being new. “People, if asked, are often really happy to help a newcomer, so don’t be afraid to ask for help or support when you need it,” McCarthy says. “You’re not new for very long, but while you are people will want to help.”

To help her fit in and make a home in Australia, McCarthy, who speaks French, says she makes use of groups such as the Alliance Francaise and the French Chamber of Commerce to meet other expats.

“It’s a mini-community within Melbourne,” she says. “It can be reassuring to speak to people who grew up with the same television shows and music. It’s nice to be able to assume similar things like that about people from time to time.”

Not out of the woods yet: Companies risk losing former expats

McCarthy often coaches executives who are “repatriating”, that is, returning from overseas postings, which she says can be a very difficult, poorly-understood experience.

“On the personal side, you’ve got new interests, like perhaps an interest in Asian politics or culture perhaps. People back here are still interested in their garage door, which means a lot of your conversations can feel very suburban.”

On the work side it’s also complicated. Companies rarely put as much effort into accommodating someone who is returning from an overseas posting as they do preparing someone for that posting. This can lead to them losing big on their investment. The average length of time executives stay with the firm they were posted overseas with after coming back home is only nine months, McCarthy says.