Why your staff are not listening to you 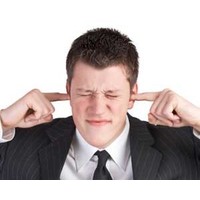 “Neuro-leadership” is a fast-growing field. Broadly speaking, it’s an approach to leadership that is influenced by and based upon the newest area of brain science – neuroscience.

New-York based Australian, David Rock, founder of NeuroLeadership Group, is a trainer and researcher who has seen interest in neuro-leadership quickly grow. There are now 150 research projects on the issue running in 150 companies globally.

The basis of most neuro-leadership theory is that, to achieve superior results, executives and leaders can adjust their leadership style based on research that suggests the brain:

But is this true?

Rock, who is visiting Australia for a seminar at the Australian Institute of Management, (NSW & ACT) in January, is already a convert and an enthusiast, but the field of neuroscience is a young one. There are sceptics.

To assuage their doubts and investigate the data, Rock has co-founded the NeuroLeadership Institute in New York. “We have 360 students doing degrees up to masters level in programs that we have built – certified education programs in the neuroscience of leadership,” he tells LeadingCompany. “We are collaborating with the big industry group, the American Society of Training and Development and with other major industry bodies across the US.”

Rock says there are several major factors driving interest in neuro-leadership. “There is more and more pressure to improve the quality of leadership,” he says. “In the US, we see the downside of poor quality leadership in the political stalemates, in the ethical breaches that bring down whole companies, and in statistics about everyday management that show 65% of people would prefer a new boss over a raise.”

The second factor is the sudden increase in the availability of research about the brain, Rock says. “A growing number of big universities have invested in programs studying everyday situations in the brain. There is an explosion of labs, particularly in the US, studying social interactions such as persuasion, empathy and attitudes. There are around 70 labs here studying those issues.

“In addition, there has been nothing significantly new in the leadership development and organisation field for some decades. It is a combination of these factors.”

Rock’s leadership theories focus on the idea of social threats. He believes that leaders often trigger a “threat response” in the way they speak to their reports. That means reports do not to hear what the leader is trying to communicate, because their threat responses take over their rational processes. It also means they cannot think clearly or make the best decisions.

“In the neuro-leadership field, we are about understanding the leadership task from the perspective of the brain.”

Breaking down the ideas

Rock says there are four domains of neuro-leadership: