Wolseley’s pitch to the mid-market: Petering takes ‘fear factor’ out of private equity 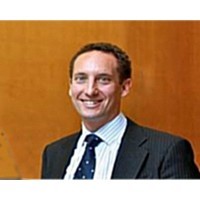 If there’s one thing Wolseley Private Equity managing director Andrew Petering wants to make clear, it’s that private equity has a huge role to play in the next decade, as baby boomers look to offload their businesses.

“We’re very clearly an option for that,” he told LeadingCompany last week. “Speaking for Wolseley, we’ve very deliberately positioned ourselves in that mid-market space.

“There are anywhere from 11,000 to 18,000 companies in Australia that turn over more than $10 million a year. Two-thirds of those are owned by baby boomers. Our experience is that the vast majority don’t have a succession plan in place, and are trying to delay the inevitable. All up, that’s an enormous volume of businesses that has to change hands one way or another in the next decade.”

Petering wants private equity to be a bigger part of that conversation. To that effect, he’s written a book, In The Driver’s Seat, released this month, which aims to demystify the world of private equity.

He’s not the first private equity leader to do so in recent months. In February, Champ founder Bill Ferris released Inside Private Equity, telling LeadingCompany at the time: “We’re all ‘barbarians at the gate’ in populist lingo,” referring to a 1990 book by two Wall Street Journal reporters that gave private equity a bad name. “I’m hoping to address that.”

It’s a sentiment Petering shares. “I’m trying to take the fear factor out of private equity,” he says.

“I think, as an industry, we need to get better at explaining what we do… A lot of the time, it’s the handful of very large stories that catch the public interest, and that’s where people get their education. People read the front pages. But that hides a much more bread-and-butter story of what we do, which is around how good businesses are grown.”

Private equity has been dogged by some high-profile failures in recent years. For example, global PE firm CVC famously lost a fortune in buying and selling Channel Nine. It was forced to take what was reportedly the largest private-equity loss in Asia after failing to make enough revenue to pay the debts it saddled the network with.

Before that, TPG successfully floated Myer in 1999, but since then, its share price has suffered, leaving investors who bought in the float nursing losses.

But behind the high-profile failures, there have been plenty of successes. In his book, Petering quotes statistics from the Australian Private Equity & Venture Capital Association, which show that of all Australian private equity exits over the three years from 2009-11, only 16% resulted in equity being written off.

This is an important statistic, because it’s not just business owners Petering is making his pitch to. He’s got his eye set on aspiring executives, too.

Wolseley runs a program called Bankable CEO, which makes itself open to being approached by CEOs keen to take on the challenge and grow their wealth through leading the group’s investments.

“We want executives with a good track record of success, and then we help them find a business they can buy into and run.

“We don’t think anyone else is doing it quite the way we are. The way we think about it – we put the jockey before the horse.”

The program hasn’t been marketed, but Petering says it’s grown strongly, largely through word-of-mouth. “I’m having one or two meetings a week with executives. We have a fairly constant stream of people interested in the program.”

Wolseley wants three things from the CEOs it backs: a proven record of success; an appetite to test themselves; and a desire to make a lot of money.

“Our hope is that a successful execution of a strategy over three to five years could be a life-changing event for an executive, in terms of creating wealth for themselves,” Petering says.

Wolseley requires these executives make some contribution towards the purchase price of a company, though Petering says that amount varies largely from individual to individual.
The program suits those who otherwise would be going into a senior role at a multinational.

“That’s quite a different view for executives who might be at a point in their career where they are looking for the next senior role within a large multinational, to all of a sudden take a different perspective on life and hunt a business to wrap their arms around.”

What kinds of executives make good CEOs in companies owned by private equity?

Petering says a theme came out of the interviews.

“The ones who enjoy it the most are the executives who like working to very clearly defined goals within set time frames, and who want to be in control of their own destiny,” Petering says. “One of the interviewees used the phrase ‘in the driver’s seat’. I think that’s a powerful idea.”