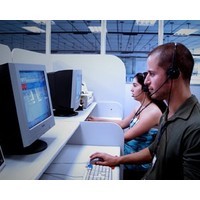 It was only a matter of time before websites like JobAdvisor or WorkplaceFit popped up.

JobAdviser, based in Sydney and WorkplaceFit, its Melbourne-based competitor, both launched in the past month, allow workers to anonymously rate their places of employment across a range of criteria.

While entries so far are sparse some companies have attracted most of the reviews. Rio Tinto seems popular with its workers while Optus has a more mixed record.

If the success of GlassDoor.com in the United States is anything to go by – it has attracted $22 million of venture capital funding, including $12 million in the past year – your business could soon be reviewed by your employees.

How should leaders respond?

Is the solution to clamp down or to welcome feedback?

Is it worthwhile getting angry with employees who anonymously dish the dirt?

If unchecked, workers can cause a lot of damage to a brand by what they say online.

“It can have an impact on shareholder value, revenue, the attitude people have towards their workplace as well as the employer’s future ability to recruit and be an employer of choice,” says Peter Fraser, co-founder of social media intelligence firm SR7.

He says employers should encourage such feedback but perhaps initiate some sort of confidential process where employees can make recommendations and raise concerns in-house.

“Some feedback is better than none at all,” he told LeadingCompany.

“It shows a level of engagement … but obviously it’s better to have processes in place where concerns are raised before they get to that level.”

Fraser says the first step for leaders is to be aware of what’s being said about them in online forums.

That doesn’t just mean what’s being said anonymously on work review sites but also what employees say on all online forums.

“Most companies aren’t even aware of what’s being said about them,” he says.

Leading companies monitor what’s being said about them online, especially by their own staff, and they also put in place comprehensive policies around social media usage which clearly set out the rights and responsibilities of employees.

Fraser says companies says employees often welcome it when their employer clearly outlines what is and isn’t acceptable on social media.

“The feedback we get when we run workshops is really positive,” he says. “Often employees aren’t aware of constant changes in privacy settings or the potential of their activities to go viral so implementing a social media policy can have an educative approach, which is appreciated.”

Gardner says one of the dangers that workplace review sites pose for companies is that they can highlight instances where a company’s stated policies do not match reality.

“For example they could be saying they have flexible work practices but if someone looks them up they’ll find workers are complaining about the hours. It makes it important for stated values to be reflected in behaviour,” he says.

“Companies have more control over who they’re hiring at the moment because there are fewer hiring opportunities for the [white-collar] workforce.”

But when the economy picks up in states like Victoria or New South Wales bad reviews could have an impact on the ability of brands to attract the best talent.

Experts say prevention of bad reviews is the best policy. But when they do pop up, how should leaders respond?

Many company leaders are reluctant to engage online in the discussion for fear of elevating it or adding fuel to the fire.

Gardner says in some situations it can make sense to engage, even if just to say the company has taken the comments on board and is looking to address them.

“Often companies look to find a scapegoat,” he says.

“They go into defence mode. But really, any feedback is a great opportunity to engage.”