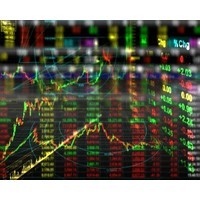 As he unveiled a record profit yesterday, ANZ chief Mike Smith hinted at a potential dual-listing for the bank on an Asian exchange.

Smith, whose Asian strategy vows to have the bank make 25-30 per cent of its profits from Asia by 2017, hinted at a dual-listing when asked by an analyst how the company could hope to continue to pay fully franked dividends while making much of its money from Asia.

A franked dividend is one that allows shareholders to only pay the difference between corporate tax and their marginal rate of taxation in tax on a dividend, thus eliminating double-taxation of corporate profits.

Smith said the business “may have to be restructured at that time” to keep paying franked dividends, thus hinting at a dual-listing.

If ANZ were to dual-list, it would join several large- and medium-sized companies which float on the ASX in addition to another exchange. Dual-listing involves two share registries, and two sets of listing fees.

Xero is a New Zealand-based company that late last year listed on the ASX while keeping its listing on the New Zealand Stock Exchange.

Asked why Xero did this, Drury says it was about being closer to the company’s Australian customers.

“New Zealand is our home market, but we now get more revenue out of Australia,” he tells LeadingCompany. “Having the company listed where your customers are is really good. It means our partners and customers can invest in us, and it drives a lot of marketing opportunities.

“You do pay extra, but it’s pretty cost-effective given what we get out of it. For us, as a Kiwi company, presenting as an Australian company is really effective. It puts transparency through the business. And now, plenty of our customers invest in us, which we’re really happy about.”

Xero and ANZ are far from the only ASX-listed companies who are dual-listed. Another company to dual-list in Australia and New Zealand is Kathmandu, whose then private equity owners listed on both the New Zealand Stock Exchange and the ASX in November 2009.

Graeme Browning, the transactions advisory leader at Ernst & Young, says New Zealand has had quite a few initial public offerings over the past year or so, and many of these have been dual-listed on the ASX.

Partly, he says, this is driven by the ASX and its Kiwi-counterpart making it a relatively easier process to dual-list on the two exchanges.

The process is more or less difficult depending on how different the regulatory environments in the two exchanges are.

Dual-listings are expensive, and can require companies to meet multiple regulatory requirements, meaning reports might need to be duplicated.

But dual-listing can also mean easier access to investors.

“Capital is global, but there’s still something to being closer to your investors,” Browning says. “Investors are always more comfortable investing in companies that are subject to the regulatory environment they’re familiar with.”

This can make dual-listing in a specialised index like the NASDAQ attractive to Australian technology companies.

Stem cell medicine company Mesoblast is reportedly looking at listing on the NASDAQ for this reason.

Companies expanding overseas can use dual-listings to make a clear statement about their growth intentions.

But Browning cautions that not every company expanding overseas needs to go down the dual-listing path. Some companies that have dual-listed have, in recent years, collapsed their registries. Construction pallets company Brambles, for example, unified its share registries in 2010. It previously had a listing on the London Stock Exchange as well as the ASX.

“It depends on the circumstances. It’s not for everyone,” Browning says. “The common sense approach is it should follow where your investors or customers are.”