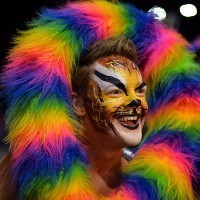 While big businesses are tying their marketing to this weekend’s Sydney Mardi Gras, small businesses should instead concentrate on implementing practical steps to ensure their workplaces embrace sexual and gender diversity, according to an American psychologist and academic.

Professor Barry Chung, a counselling psychologist from Indiana University, told SmartCompany workplace discrimination still shapes job decisions for sexual minorities despite some progress having being made.

“In the older days people would think that simply creating sex and discrimination policies would be sufficient to making people feel welcomed in the workplace,” he says.

“It doesn’t quite work like that because when cultural groups have been oppressed for many years they tend to be very guarded and look for non-verbal behaviour to make sure the organisation is truly welcoming.”

The comments follow a string of recent marketing campaigns from companies in the lead-up to this year’s Sydney Mardi Gras.

Carsguide.com.au is the latest businesses to jump on the marketing bandwagon, partnering with Uber to offer people a ride in a “Mardi Car” for free. Every ride taken will see $10 donated to Aurora Group, an organisation that supports LGBTIQ issues.

The ANZ Bank has also transformed a number of ATMs across Sydney into colourful “GAYTMs” in order to celebrate Mardi Gras.

But Chung recommends small business owners start within their own companies.

Chung says small businesses should be sending a clear message to all employees that diversity matters and people from all walks of life are welcome to work for them.

“It could be little things like a one-on-one or group chat reminding people to be mindful of the language they use,” Chung says.

“For example, if you have any company functions like a holiday party or what not you should use inclusive language – so say partners, spouses and significant others are welcome to the event. Another thing a company can do – even a small company – is accommodate for transgender persons. Even something as simple as having a toilet as gender neutral … it matters tremendously if you go out of your way to make that facility available.”

Minding the use of pronouns is also something that can go a long way to making someone feel comfortable, according to Chung.

“The pronouns in English are so gender based and sometimes they might not fit,” he says.

“We might look at someone and think they are a ‘he’ but it is not something that person identifies with.”

Chung says it is important to create an inclusive working environment because employees often spend just as much time with their work colleagues as they do with their own family – and there is still a long way to go.

“Sometimes it might take some work to iron out company policies, but don’t stop there,” he says.

“Creating a gender-neutral environment could take some more work and resources. In the US at least we have made progress on lesbian, gay and bisexual issues. But we have not made as much progress on transgender issues.”

Professor Barry Chung is currently in Australia to speak at the APS Counselling Psychologists Conference in Melbourne.

*This article was amended on February 27, 2015 at 3.57 AEDT to add a reference to Professor Barry Chung speaking at the APS Counselling Psychologists Conference.