Meet Margot Spalding, the owner of a $20 million regional business who is standing up for her community 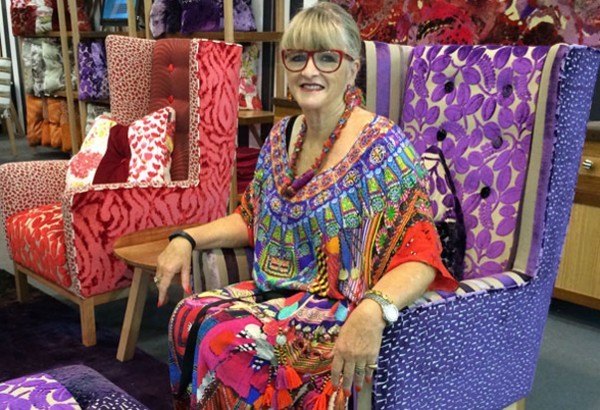 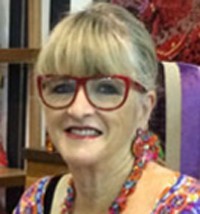 Margot Spalding is the co-founder of a $20 million dollar design and furniture business in regional Victoria.

She is also taking a stand in her local community for something she believes in.

Spalding is the co-founder of Jimmy Possum, a family-owned business that designs, manufactures and retails furniture and homewares.

Together with her husband Alan, Spalding founded Jimmy Possum in 1995 and it now employs more than 100 people. Some of those workers also come from refugee backgrounds, as Spalding told the ABC’s Australian Story on Monday night.

The episode of Australian Story focused on Spalding’s personal life and business life and how she came to found an organisation called Believe in Bendigo, which aims to promote diversity in the regional city.

Bendigo has attracted several heated protests this year over plans to build a mosque for the local Muslim community.

Believe in Bendigo was established in opposition to the protestors, with Spalding telling Australian Story she wants to see the end of the protesting in Bendigo.

“I will never, ever give up on this,” she said.

“I won’t give up because I think it’s just too important for Bendigo and for Australia – for other regions – that the mosque goes ahead.”

This is despite receiving hate mail and having her home under police surveillance.

Here’s four lessons from Spalding’s career and her commitment to her local community.

As a 15-year-old, Spalding lost both of her parents who died from illness six weeks apart.

“Our family was all top-tilted,” Spalding said.

“It was just shattered: like, the whole family had fallen apart. The expectation on the children was that we would just simply keep going. So yes, the morning after my father died I was off to school again.

Spalding and her sister moved to Bendigo to live with their aunt, who worked in HR at a factory that employed post-war immigrants.

But tragedy struck the family again, with Spalding’s younger sister Anne killed in a car accident when she was 17.

Spalding’s daughter Georgia Carrington told Australian Story her mother’s way of dealing with grief was to “pick herself up and throw herself at life”.

Make a statement with your business

Spalding is known for her fashion sense and Jimmy Possum’s stylish designs put this on display.

“Margot and Alan’s business is almost a metaphor for the way they kind of go about things,” said friend, Ken Marchingo.

As well as its Bendigo warehouse, Jimmy Possum has five retail outlets in Victoria, Queensland, the Australian Capital Territory and Queensland.

Grow your business at full speed

Spalding won a Telstra Business Women’s Award in 2006 and in her acceptance speech she gave an apt metaphor for the life of a business owner.

“It is much more than a steep curve; it’s been an uphill U-turn, followed by a reverse parallel park, all done in top gear,” she said.

Give back to your community

“I sometimes have believed in my life that I have been enabled a level of success that came with a responsibility,” Spalding said.

Before she became involved in the push back against the anti-mosque protest, Spalding has been involved in the Bendigo community by helping those less fortunate, including a local man Claude, who she has cooked and cleaned for.

“Margot understands that everybody in life gets a big knock,” Marchingo said.

“Some people get an unfairly big knock and sometimes that knock just keeps coming. And not everybody gets to get up and dust themselves off on their own. Margot did.