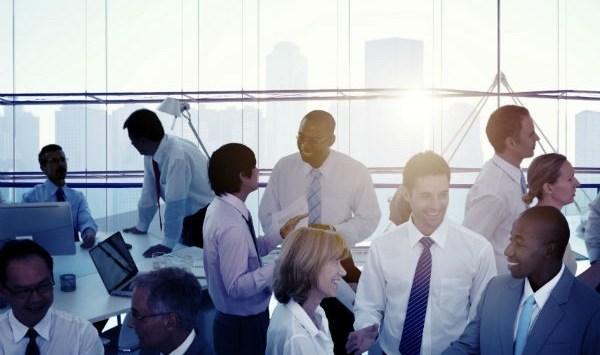 A woman who runs a network for female entrepreneurs is hoping to bring together thousands of small business owners across the country in order to set a world record for the largest networking event in Australia.

READ MORE: Eight conversation starters for those who don’t know where to start

Natalie Moutia, who started her own marketing consultancy when she was 25, came up with the idea two years ago, but says now is the right time to bring together small business owners from around the country.

To set a Guinness World Record, Moutia will need to come up with $30,000 in order to have adjudicators in each state, alongside time-lapse cameras and barcode wrist bands for participants.

A test-run for Mouti’s ‘Australia’s Largest Networking Event’ will be staged next month in order to gauge community interest and catch the eye of potential sponsors.

The record for the most people attending a business speed-networking event is 1068 people, according to Guinness World Records.

However, Moutia told SmartCompany this morning in Australia the record is only around 450 people, which was for a networking event held in Cairns.

Moutia says she wants to have a crack at breaking the Australian record because networking is what helped her launch her own business.

“It was through networking that I could start my own network, which is the Success Women’s Network,” Moutia says.

“Basically I’m living my life passion where we bring people together – you can literally see people share ideas. They discuss their challenges and, what I really love, is they find ways to collaborate and support each other.”

Moutia also wants to challenge stereotypes of what networking is.

“I went to an event once where I wasn’t planning on going. The event was really quiet, but I ended up meeting one of our biggest sponsors … it worked out to be super profitable and worthwhile.”

Networking also has the potential to help address gender imbalance in the business world, according to Moutia.

“There’s such an imbalance and the usual and out-dated nine to five job is a thing of the past – especially for women who are managing families and work,” she says.

“If they can be seen and build their reputation, I don’t think it’s the answer to gender inequality – but it can definitely help. If we can provide an environment where people feel encouraged and empowered, they will feel supported to join more boards or take on bigger roles.”

The test-run event will be held on August 26, starting at 7am in Western Australia and 8.30am for other states.

1. Have fun, because if you are enthusiastic and passionate about your business then people will be drawn to you and want to know more

2. Focus on who you want to connect with so you meet the most relevant people.

3. Follow-up afterwards instead of just grabbing a bunch of business cards. Like a new contact’s Facebook page or connect on LinkedIn to show genuine interest.

4. Give first before you look to gain. No one likes being sold something, so if you look to help people first and foremost then you’ll get the most out of a networking event.