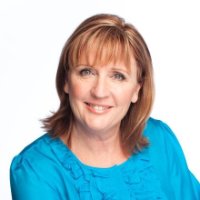 A senior executive at Australia’s largest radio company encourages her staff to have safe sex so they don’t fall pregnant and take maternity leave.

Linda Wayman, the general manager of Southern Cross Austereo Perth, has described how a significant portion of her job is to encourage staff members to use condoms – even going as far as supplying “a big jar” of them in the workplace.

The comments, which were made at a conference in Perth and first reported by Mumbrella, come ahead of International Women’s Day this Sunday.

“I do encourage people regularly to have sex with condoms,” Wayman told the conference.

“That is a big area of focus for me, encouraging people to have sex with condoms.”

Wayman, who oversees the commercial radio stations Mix 94.9 and Hit 929, said around 35% of her 100 employees are currently on maternity leave, which is a “significant” challenge for the company.

“I don’t agree with the union push at the moment that women coming back to work automatically should be allowed to come back part-time,” Wayman said.

“I’d love to, but I’d be lying if I said that was wonderful. It’s an idealistic and anti-commercial stance.”

The media executive also lashed out at the idea of having a work-life balance while raising a family and holding down a career.

“I’ve been in the same position myself twice,” she said.

“It is very, very tough… there’s no such thing as work-life balance. It’s bullshit – you just do it. Make the decision to do the best you can.”

The chief executive of Southern Cross Austereo, Rhys Holleran, told SmartCompany the remarks in question were clearly “tongue in cheek”.

“Linda is one of our most highly recognised and awarded general managers,” he says.

“She has an exemplary record as one of Perth’s most compassionate advocates on all issues surrounding equality of women in the workforce.”

Sue-Ellen Watts, managing director of wattsnext HR, told SmartCompany she can sympathise with the view that it is hard to keep running a business when multiple employees take time off to have children.

“I understand what she’s saying from the point of view that it can be challenging for businesses, particularly if you have a high female workforce and you’ve constantly got people going on maternity leave,” Watts says.

“However, you tend to get nine months’ notice – usually six months – of someone departing your business. When someone departs due to a resignation that could be anything from two to four weeks and sometimes immediately, and we have to work out how to replace that person and get them trained.”

Watts says she would encourage small business owners to use the time between finding out a staff member is going to have a child and when they take maternity leave to their advantage by figuring out a strategy that is going to be best for the company.

“I’ve got a predominately female workforce and people have commented to me that it looks risky if everyone was to fall pregnant at the same time,” Watts says.

“But it’s a really good opportunity… We’ve used it as an opportunity to grow and expand our workforce and we can do that with a good amount of handover time.”

Small businesses also need to have the flexibility to decide whether to bring back the employee on a part-time or full-time basis, rather than have it mandated by government, according to Watts.

“I think small business struggles enough as it is,” she says.

“We get no extra support from the government at all and we need to be the ones to say ‘yes working part time works for our business’ or ‘no it doesn’t’. We need some leeway… as long as both needs are being met it’s absolutely going to work. But when one of those needs aren’t being met that can break down the relationship, which can have a massive flow-on effect.”

Earlier this month the Abbott government dumped its signature Paid Parental Leave scheme in favour of a funding package to help support families who need to access childcare.