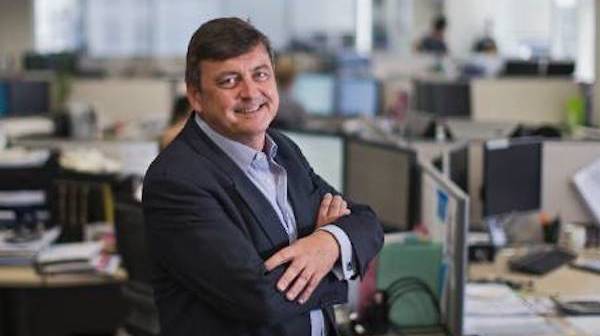 The boss of one New Zealand-based company might soon be feeling particularly popular.

Not only is he pushing to make the four-day (full-time pay) week trial he started a couple of months back permanent, he’s also garnering plenty of headlines on the matter — and no doubt inspiring other businesses to see the possibilities in reduced weeks too.

The boss is Andrew Barnes, the chief executive of Perpetual Guardian, a corporate, Auckland-based business with 240 staff.

He ran a six-week trial earlier this year offering reduced hours, allowing all staff to keep their full-time wage while also taking long weekends, every week.

“I wanted them to only come to work four days of the week but I would still pay them for five. With no extra hours worked on their four days,” he wrote regarding the trial on LinkedIn.

Check out the video footage below of staff being told about the trial.

Barnes invited academics into the office to observe the trial, to ensure that the reduced hours wouldn’t overburden or over-stress staff. Also, of course, to ensure that it wouldn’t lead to reduced output.

But there was no drop in productivity, despite the loss of a full working day for each full-time staff member.

The researchers saw an increase in staff satisfaction and engagement along with a desire to keep working with the company longer, with no drop in output recorded.

Perpetual Guardian has set up a website — 4 Day Week — sharing the results of the study.

One manager, Tammy Barker, told NZ’s Stuff that the reduced hours saw her making the effort to really focus on one thing at a time, which meant getting more done.

“We feel liberated, we feel empowered, we feel heard and excited,” she said.

Is there much else you can hope an employee is feeling?

Barnes is now taking his recommendation to make the trial permanent to his board, and wants to see a broader conversation on reduced hours occurring across New Zealand.

He also told the NZ Herald he believes reduced working hours can boost gender equality, saying that if a new mother or father can achieve their workplace obligations in fewer hours, then there’s no reason for them not to be paid a full salary.

There are a number of businesses in Australia that have also been successfully experimenting with reduced hours.

Recently, I wrote about how Renae Smith runs her PR agency The Atticism with all senior staff working 20 hours a week.

She told me the move had enabled them to be more direct and to-the-point with the clients and journalists they work with — who in turn appreciate the lack of fluff in their communications.

Last year I also spoke with Jonathan Elliot, who successfully ran a trial in his Tasmanian-based financial services firm, Collins SBA, that saw staff working 33% fewer hours. He had the idea to introduce a five-hour day when he started working part-time in the managing director role while his wife was undergoing cancer treatment. What he found was that he was getting as much done in his shrunk working week than he was previously working longer hours.

“The idea of working shorter hours is to constrain your time and absolutely only work on the necessary,” he said at the time.

At 200+ employees, Perpetual Guardian is much bigger than the above two businesses, and proves that you don’t necessarily have to be small and agile in order to pursue a trial like this.

Writing on LinkedIn, Barnes has put the challenge out to other chief executives to get started.

“You can review our research, ask me questions, but in the end it is just a trial,” he wrote. “Your worst case scenario is that you will get a more engaged, committed and energised work force.”

NOW READ: Can you build a great company on a four-day work week? How to do more in fewer hours