One in five employees have worked while tipsy or drunk: survey 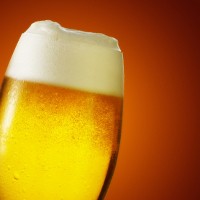 One in five Victorian workers admit to having worked while tipsy or drunk, according to survey results released this week by the Australian Drug Foundation.

While Aussies are known for their fondness for a drink, it seems many workers are also willing to indulge on a school night with one in five workers surveyed reporting they had taken a sick day due to the effects of alcohol.

The survey, which is based on interviews with 1000 Victorian workers, also found around 40% of workers admit to fronting up to work while still under the influence.

As previously reported by SmartCompany, alcohol and other drugs cost Australian businesses $6 billion each year due to lost productivity and absenteeism.

Alcohol use contributes to 5% of all workplace deaths in Australia and 11% of workplace accidents.

Phillip Collins, head of workplace services at the Australian Drug Foundation, told SmartCompany the survey results confirmed many of the practices the foundation was already aware of.

“There are many myths associated with alcohol, especially the time it takes to get out of your system,” says Collins. “Someone might have a few drinks at a function or a Sunday BBQ and wake up feeling fresh and okay, but there could still be alcohol in their system.”

Collins says if an individual was to drink seven schooners [425ml glass] or seven spirits, it can take up to 17 hours for the alcohol to leave their system. And while the worker may still get eight hours of sleep and feel okay, Collins says studies have shown that their cognitive and motor skills could be greatly impaired the following day.

“So you could have a case where a small business owner or manager feels okay, but their skills are not quite there,” says Collins.

“And if one in five workers are taking a sickie, in a small business, you don’t have the resources to cover them,” he says.

While Collins says alcohol is mostly consumed after hours and in the home, it’s important for employers to start a conversation with their employees about the ways alcohol can affect workplace productivity.

“Even though there is a culture of drinking in Australia, we have to step up to the plate,” says Collins.

Collins recommends all businesses implement a policy around alcohol and drug use, regardless of their size.

“A policy will create behaviour expectations and a level of knowledge about duty of care in the business,” says Collins.

But Collins says business owners and managers need to lead by example and “actually believe” the policy they implement. “It has to go through the entire organisation,” he says.

The next step is to communicate the policy with all members of the business and “really educate your people”, says Collins. It’s then a matter of introducing training around the policy.

While some businesses will choose to introduce drug and alcohol testing as part of their policy, Collins says it’s important to first understand what you are testing for, and then “take steps to ensure you are collecting the samples correctly and getting them to the lab correctly”.

However, Collins says drug testing should come after the implementation of policies, education and training. “Otherwise it is too costly for businesses,” he says.