One in five workers has stayed home in past year because they felt mentally unwell: study 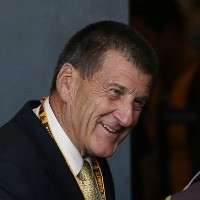 One in five Australian workers has taken time off work in the past 12 months because they felt mentally unwell, according to research released by beyondblue today.

The study of 1100 individuals also found that just 52% of workers think their workplace is mentally healthy, compared to 76% who say their place of work is physically safe.

The release of the research coincides with today’s official launch of phase two of beyondblue’s Heads Up campaign to raise awareness of mental health in Australian workplaces.

As part of the campaign, which is being run with the Mentally Healthy Workplace Alliance, Australian businesses can now access free, customised mental health plans from the Heads Up website.

However, more than half of Australian business leaders admit they do not know how to tackle mental health issues in the workplace.

According to the research released today, Western Australia performs the strongest in terms of perceptions of mentally healthy workplaces, with 62% of respondents from the state reporting their workplaces are mentally safe.

At the other end of the scale, just 46% of respondents from Queensland reported working in mentally healthy workplaces.

The study also looked at which industries perform best when it comes to perceptions of mental health, with employees from the construction (63%), financial and insurance services (58%) and professional, scientific and technical services (58%) industries reporting the highest levels of mentally healthy workplaces.

The agriculture and public administration and safety sectors recorded the lowest rates of mentally healthy workplaces, at 41%.

According to the study, employees who work in mentally unhealthy workplaces are more likely to take time off work (46%) and less likely to disclose if they are suffering from a mental health condition or seek support from colleagues or management.

However, just over 50% said they believe the most senior leader in their workplace values mental health.

Beyondblue said that while 81% of organisational leaders report having policies or procedures in place to support mental health, 35% of employees said they either do not know if these resources or exist or do not have access to them.

Launching the second phase of the Heads Up campaign in Melbourne this morning, beyondblue chairman Jeff Kennett said employers have a responsibility to promote mentally healthy workplaces.

“Employers not only have a work health and safety obligation to deliver good mental health in the workplace, but also a moral obligation to support their workers who often spend more time at work than anywhere else,” said Kennett.

Since launching in May, beyondblue said the Heads Up website has attracted 30,000 visits and around 2000 registrations.