Why some of us keep getting richer 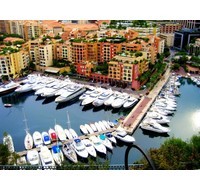 Barack Obama has thrust income inequality into the centre of this year’s presidential election, using his recent State of the Union address to call for the richest Americans to carry a greater tax load so “everyone gets a fair shot”. “The US is an outstanding case of economic growth not being shared fairly,” the president recently told US television program 60 Minutes. At the centre of the problem, Obama’s official campaign website notes, is tax. “For too long, the US tax code has benefited the wealthy and well-connected at the expense of the vast majority of Americans,” the site says.

The income share of the top 1% of wealthy Americans is twice as high as it is for their Australian counterparts. Yet the issue also resonates in Australia where the rich are getting richer – the top 1% of income earners have seen their share of total national income almost double, from 4.8% in 1980 to 8.8% in 2008. It’s a problem happening across the globe – most of the 30 developed countries in the Organisation for Economic Co-operation and Development (OECD) experienced this same drift towards higher inequality over the past 20 years.

However, in Australia the trend has gathered pace. In the three years to 2008, the level of inequality in Australia jumped from midway on the scale of the 34 OECD countries into the top quartile. The top 10% of Australians now earn A$131,300 per annum, while the bottom 10% earn A$13,700.

Free marketeers argue inequality is simply part of capitalism and that competitive societies reward winners, generating a higher standard of living overall. Yet a majority of Australians are concerned about the growing gap between the rich and the poor, and favour a more equal society, according to an Australian Council of Trade Unions study that replicated American research findings showing a worrying trend towards widening disparities.

Australian Bureau of Statistics income surveys reveal that the richest 20% of Australians gained 44% of all the growth in household income from the mid-1990s to 2010, a symptom of growing inequality. And in the US the trend is further advanced, according to research by Emmanuel Saez, director of the Centre for Equitable Growth at the University of California, Berkeley. America’s richest 1% of households captured 50% of all the income growth between 1993 and 2007.

Historically, Australians have been more concerned about the growing disparity of income than Americans. Yet plenty of Americans are worried too. The Occupy Wall Street demonstrations against economic and social inequality were sparked in September 2011 and swept to 82 nations by year’s end, reaching several Australian cities including Melbourne and Sydney.

A fair go is seen as a core Australian value. Australians like to think they are egalitarian, that they treat people in the same way, but this is not the same as equality, according to Peter Whiteford, director of the Social Policy Research Centre at the University of New South Wales.

“Inequality has risen in Australia since the 1980s,” says Whiteford. “Australia’s national income has been going up in leaps and bounds since the mining boom started, but higher inequality means more of those gains go to the rich.

Yet the increase in US inequality has been much faster. We have only reached the level of America’s (income inequality) in 1979.” However, if Australia keeps going along the same path, it’s possible it will arrive at the level of disparity facing the US, cautions Whiteford.

Some say Australians have never had it so good – and Whiteford believes there’s some truth in that statement. Household income has fallen only slightly since the global financial crisis. So far income gains have been widely spread. The richest 10% have done the best, but other income groups have done well, too.

“We have had a massive boost in our incomes over the past 15 years, particularly after 2003,” Whiteford says. “From 2003 to 2007, just about all income groups saw incomes increase by more than 25% after inflation. But if you were in the top 10% of households, your real income increased by 40%, which is incredible.”