Accountants up in arms over new industry standard 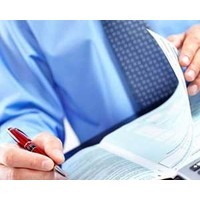 Changes in the accounting standards issued by the Accounting PRofessional and Ethical Standards Board last month will mean members of the accounting bodies CPA Australia, ICAA and IPA will pay more to operate than other accountants who do not also licensed financial planners]=, placing them at a disadvantage in the financial advising marketplace.

The issue, which has the profession in uproar, is in the APES 230 Financial Planning Services, which bans conflicted remuneration such as commissions on insurance and percentage-based fees on investments. APES 230 has limited grandfathering provisions for the new rules, with compliance required by June 30, 2018.

This is inconsistent with the recent Future of Financial Advice (FoFA) legislation which permits the continuity of asset fees (except on gearing) and commissions on life insurance (except on certain insurance policies in superannuation funds).

The APES Board justifies its position on conflicted remuneration as in the “best interest” of the client, stating in an APESB explanatory memorandum that: “threats to the fundamental ethical principles of integrity, objectivity, and professional competence and due care arise from receipt of conflicted remuneration”.

This is despite FoFA legislation already establishing a statutory fiduciary duty for financial advisers requiring them to act in the best interests of their clients.

The APES Board was established by CPA Australia and the ICAA in 2006 to set the code of ethics and professional standards for Australia’s professional accounting bodies. Development of APES 230 began in 2007 with the first exposure draft issued in 2010.

Submissions to the APESB from the three professional accounting bodies recommended that APES 230 follow the FoFA requirements. The first tranche of FOFA legislation commenced on 1 July 2012 with a voluntary compliance period until 1 July 2013, aligning with the commencement date of APES 230.

The FoFA reforms are aimed at improving the trust and confidence of Australian retail investors in the financial planning sector. Apart from the “best interest” duty, FoFA also enshrines the term, “financial planner” with recent draft legislation providing that only those fully licensed and authorised to provide personal financial advice can call themselves a financial planner or financial adviser.

The IPA has already indicated that it will not promulgate APES 230 but will instead develop its own standard consistent with FoFA. There are also rumours of a possible legal challenge to the standard.

The furore within the accounting fraternity is not as self-serving as it might appear. The FoFA reforms have dramatically changed the financial planning industry in Australia and financial advising is a major revenue source for many accounting firms.

For these firms APES 230 represents a costly add-on to the existing significant costs of FoFA implementation, placing them at a disadvantage in the financial advising marketplace. At the same time, there appears to be little benefit to the retail investor who is unlikely to understand the difference between a licensed financial planner who is also an accountant and one who is not.

A longer term consequence of APES 230 is the likely separation of financial planning and accounting professional services. Membership of an accounting body now brings with it the obligation for members providing financial advice to use “non-conflicted” or fee-for-service remuneration models, an obligation not imposed on non-member licensed financial planners. The higher “best interest” standard on financial advising contained in APES 230 may simply mean fewer accountants in the future.

Julie Walker is an associate professor in accounting at University of Queensland.