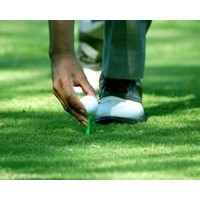 Adam Scott’s disastrous run home in the British Open overnight – described as one of the most ignominious collapses in major championship history – demonstrates the huge role the brain plays on and off the sporting field.

Leading by four strokes with four holes to go, Scott made four consecutive bogeys to complete one of the most painful collapses in golf history, handing the win to a barnstorming Ernie Els.

The result of the event will be the focus of many management conversations over the next few days; golf being the favourite sport of many managers.

Another of my favourite stories occurred when I had the great fortune to attend the 2009 Masters tournament in Augusta. This is an event that should be on every golfer’s bucket list.

On the final day my wife and I were sitting in the stands overlooking the par-three 16th hole. The final pair of Argentinian Angel Cabrera and American Kenny Perry were hitting off the 16th tee. Cabrera was two strokes down to Perry. His shot landed about four yards left, level with the pin.

We had been sitting in the stands for the whole day and while many golfers had made the same distance putt from the right hand side, very few had done so from the left.

Perry then hit what was probably the shot of the tournament; an eight iron to within six inches of the hole and a certain tap-in birdie. The roar of the naturally pro-American crowd was unbelievable; not only for the shot, but also for the likelihood that Perry would go three up with two holes to play.

If the first two steps of EQ are defined as first understanding your emotions and then learning to control them, golf must be one of the best ways of learning emotional intelligence. Imagine what must have been going through Cabrera’s head as he walked up to the 16th green with the cheers and applause of more than 20,000 fans ringing out for Perry, knowing that if he missed the putt, his chance to wear the green jacket would be almost certainly be over.

They say in golf that the most important six inches are those between your ears. While most ball sports require hand-eye co-ordination and timing to hit, kick or catch a moving ball, golf is different. The ball is stationary but the slightest variation in swing or body posture magnifies the miss. Putting, in particular, is fiendishly difficult – particularly under pressure. Tiger Woods, at his peak, was probably the best clutch putter the world has ever seen. His discipline was phenomenal.  He always took 17 seconds for a putt and he ‘froze’ his body just before the stroke.

Cabrera, showing incredible discipline over his emotions, drained the putt. You could sense the momentum swing: Perry made his birdie but inside his head would be the thought that all golfers know. The worst position in match-play is to be two up with two holes to play. You should win the match – but deep down you know if you lose the next hole the game is over. And so it came to pass.

Many people ask me what is the best way of achieving self-control and resilience. I always say: if you are really serious about it, take up golf.