Anger management: There’s an upside to seeing red at work 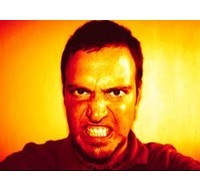 The workplace can be a tinderbox that sparks anger and aggression – as anyone who has worked in an office can testify. Studies have shown the average employee gets annoyed at least 10 times a day, while The American Institute of Stress reports that up to 42% of workers say they have witnessed incidents of yelling and other verbal abuse in their workplaces.

In Australia, mental health issues have recently overtaken physical injury as the cause of the longest absences from work, according to the Australian Bureau of Statistics, and anger is a common symptom of anxiety.

“Anger is dramatically increasing within the community and within organisations,” says Lee Town, a psychotherapist and director of the Anger Management Institute of Australia. Town has seen a growing demand for his services since he launched his Melbourne company in early 2010, which he claims fills a service gap in Australia. “No one in the private sector really wants to address anger management,” Town says. “A lot of people will say they provide anger management for their employees, but it’s really hotchpotch and not done with any kind of consistency.”

Allowing anger to fester among employees is exacting a high toll on businesses. The cost of workers’ compensation claims for stress-related mental disorders is estimated at A$200 million a year. And according to the work, health and safety regulator for Australian federal government employees, Comcare, there was a 54% increase in mental stress claims as a proportion of total accepted claims since 2006-07. While there is no breakdown of how many of those claims are due to anger at work, it is reasonable to deduce an environment of aggression and confrontation is not good for business.

However, that view has been challenged by David Cheng, a lecturer in Organisation and Management at the Australian School of Business and his colleague, Lu Wang, a lecturer in Business Communication. They say anger is not all bad – it’s wrong to view it simply as a negative emotion. Anger can have a dynamic impact in business environments. Cheng and Wang recently published preliminary research that explores anger expression and perception in more detail.

“A lot of us have stereotypical responses to emotions but sometimes the expression of anger may be a necessary evil,” says Cheng. “Take security officers or debt collectors – they need [the potential] to get angry in order to do the job they do. The crucial thing is that their anger is controlled and this has implications for the way we manage anger in work situations.”

Like a flashing red light, anger can be a useful tool in making companies more productive by acting as a signal to people that something has gone wrong, Cheng argues. “Sometimes we need to show it. If you’re having a meeting or are in the middle of a negotiation, raising your voice and showing some level of anger indicates to others that an issue is important and that their offer or actions may be causing harm.”

In today’s competitive business environment, an injection of something new and abrasive that mixes things up a bit can create “a catalyst for change”, agrees conflict management expert Susan Crawford of the leadership consultancy, FBG Group. She draws an analogy with a recent experience on a highway, driving behind a slow driver who should have pulled over to let the queue of traffic behind pass. “In the mirror, coming up behind, I saw a black car weaving in and out of the traffic, overtaking and almost getting us all killed. But once he’d passed, the slow driver moved over. Sometimes it requires a bit of dangerous driving to get things moving in the workplace.” However, Crawford makes it clear that if a risk is taken, tactics are also required to mitigate that gamble – if and when it gets out of hand.

Cheng’s research suggests anger is controlled may lead to more positive outcomes than anger that is not viewed to be controlled. Creating drama – shouting and banging the table, may indicate that someone has let their emotions take over and can impact negatively on them getting what they want – and on their career, Cheng points out. “If the people perceiving the anger or on the receiving end of it feel that it is an over-reaction and that they are being mistreated, then it’s possible that things can turn sour,” he says. “In terms of future promotion, bosses may not think this is the kind of person who is suitable to be in charge.”