ANZ loses a potential CEO: How to keep ambitious talent in your business when you don’t plan to retire 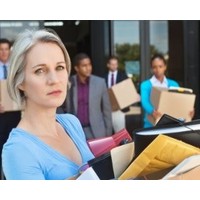 ANZ International head Alex Thursby has left the bank to head up the National Bank of Abu Dhabi, it was announced yesterday.

His departure, ANZ chief Mike Smith said, was more personal than anything.

“He always wanted to be CEO and I showed no signs of going in the short term,” Smith told The Australian Financial Review yesterday. “I understand the rationale.”

The CEO also affirmed he didn’t have any immediate plans to retire. “I still feel we have a lot to do. I am still enjoying myself,” he said.

Thursby was just one of several high-performing executives being groomed for a potential succession when Smith eventually steps down. But his departure is still a blow for the bank. He was a key architect of ANZ’s commitment to earning at least a quarter of its profits from Asia by 2017.

It’s not just large companies who struggle with succession planning. If it’s not done right in any company, ambitious and talented rising stars often leave if they don’t see a path for progression.

Here are five things your business can do to make sure you keep hold of that star performer who wants your job if you’re not ready to give it to them:

1. Talk about it and put it in writing

One of the biggest problems with succession planning in family businesses is that people are reluctant to openly talk about it, says Philippa Taylor, the chief executive of Family Business Australia.

“The younger generation is often very hesitant to talk about it. It’s the equivalent of asking your elders what’s in their will. It’s a very tricky conversation, on both sides. For many, a family patriarch thinking of stepping down is like them thinking about retirement – that’s an awful concept for many entrepreneurs.”

Despite the understandable hesitation, however, Taylor says it’s a conversation that must be had.

“We talk about having a family charter – an agreement that talks about, for example, when others can enter the business, when the leadership changes, and questions of equity succession.”

“If these discussions are held sooner than later, and become a process rather than an event, it can make the whole thing easier.” Taylor recommends family businesses have this discussion regularly, and at a minimum, five years before any change of leadership.

If you think someone has the capabilities to one day lead your business, it’s unwise to expect them to just wait forever.

One common tactic used by family business, Taylor says, is to send a potential future successor off to do an MBA, giving them the opportunity to train themselves for a future leadership role when one isn’t immediately forthcoming.

One of the wonderful things about a growing business is that new leadership positions are naturally created over time. If there’s an idea you’ve always wanted to try out but haven’t been able to get around to leading, maybe you should hand it to your young guns to plan and head. They’ll know that it’ll be an invaluable experience and a chance for them to demonstrate their leadership skills, and you’ll get the chance to show them you’ve noticed and care about their professional development.

4. Find out what motivates them

“[Promotion isn’t always] the be-all and end-all. If they’re getting the market price for their skills, if they’re gaining experience, many don’t care if they’re still doing a specific job.

“Some people would rather time off, or flexible hours, bonuses or trips. Some people like eight-week European holidays every year. You want to be very careful about what motivates the individual, and helping them achieve what they want at that point in their life.”

5. Goodbye doesn’t have to be forever

If your protégé does decide to leave the business, it’s important to not view this as a betrayal, or even as goodbye, McKaskill warned.

“Even if they do leave… provided you’ve set up the right organisation structure, one where people can move in and out, you can get very good people.”

“You can attract them on the understanding that you will help them on their career path. There are organisations that have an up-and-out policy: they recruit the best people because they’re offering them the best place to get training.”

McKaskill gives the example of IBM, which has the ear of all ambitious salespeople because it will train them up. “They knew they wouldn’t keep you, but you’d set up your career, and they’d gain you in the meantime.

“I’d rather have a great person for four years than an average person for eight.”