Are free online courses a waste of time? 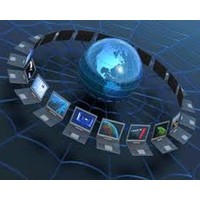 The online education industry has soared over the past five years. According to market research group IBISWorld, it grew a whopping 18.6% between 2008 and 2013, generating $5 billion in turnover. It employs 19,464 people across 1196 businesses.

What’s driving the growth? Upskilling is a big trend since the economic crisis and the flexibility offered by online education allows more full-timers to fit learning into crammed schedules. Better technology and faster internet speeds have turned online learning into a viable option.

Not all online courses are good. Indeed, some are dodgy. In 2012, NSW Fair Trading received an average of 10 complaints a month. Most complaints were about issues such as a lack of technical support, people chasing refunds when the provider had closed down, study material that never arrived and misrepresented course accreditation.

But some are of high quality.

Online learning platforms are not new but the big change now is the development of massive open online courses (MOOCs). Free courses originating from institutions such as Harvard, Stanford and MIT are being made available through such platforms as edX and Coursera.

The University of Melbourne has become the first in Australia to offer a Coursera program.  The university’s professors take students through six-week courses on subjects including Principles of Macroeconomics, Generating the Wealth of Nations, Climate Change and Discrete Optimisation. These are free study subjects open to anyone with internet access.

Some training experts say the courses may not deliver all that participants expect.

Carmel Ackerly, the acting chief executive officer of the Australian Institute of Management (AIM), says MOOCs are good for expanding a depth of knowledge, but not much more.

“They are not highly recognised,’’ Ackerly says. “Even the universities that are putting them up are doing it more as a marketing tool. Where they do add value is when they give people an informed view of how to pick courses or understand topics a bit more. It’s a branding exercise.

“They would be very useful in things like continuing professional development but if you’re looking at these to provide you with a solid foundation in learning, you probably won’t get it.”

Ackerly says they can have a lasting impact, but they need to be followed up in a more formal class setting with social interaction, conversation and case studies that come with a formal study program. MOOCs don’t have that.

“If what you’re looking for is a piece of paper or qualification to build your career on, these courses won’t give you that. They give you learning to enhance it and contribute to it but certainly not everything.”

As a major training organisation, the AIM offers online courses in areas such as project management and leadership. But people doing it are required to do an assessment that is not online. And even then, they don’t get a qualification. “If you are successful, you would get recognition for a subject towards a qualification,” she says.

Professor Roy Green from UTS Business School says UTS is doing a study looking at the potential impact of MOOCs.

He believes there is no way the free courses will ever offer anything close to a degree. “No eminent university is going to dilute its brand by offering degrees to hundreds of thousands of people,’’ Green says. “They are just going to offer certificates on completion.”

He says such courses suit people pursuing personal interests. “For undergraduate programs, MOOCs will make probably less impact than for post graduate and vocational training where people are time-poor and they are not so interested necessarily in the degree qualification but they are interested in broadening and deepening their knowledge,’’ he says.

So far, employers are still looking for formal qualifications when hiring.

Ian Campbell, managing director of publicly-listed industrial conglomerate, GUD, puts it bluntly. “It’s like someone having a degree from the University of Samoa,’’ Campbell says. “Where is the credibility?

“I think CEOs really look to the brand. If you have a degree, or you’ve done a degree online from Monash, they would be equally as well regarded. An online degree from RMIT has the same weight as someone who has actually spent the time on campus.

“But from some obscure online provider, I don’t think it would hold a lot of water.”

But what about something like Coursera offered by an elite university? “The fact that it has a sub-brand is a bit of worry to me,’’ he says. “Unless I knew the credentials of the course provider, I would be a bit suspect.”

Nonetheless, free online education will continue to grow. For the moment, the value lies in the way they can expand our understanding of certain subjects: a beginning, not an end.