Are you headed towards burnout? It’s time for action 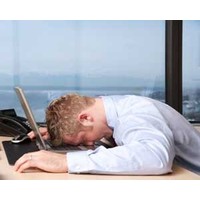 It was 7.30 on a Sunday night on the campus of one of the world’s best-known companies, and I was the guest speaker for a group of about 70 of the company’s top high potentials.

They had just finished the first week of a two-week program, which had wrapped up with a weekend project two hours earlier. Week two was set to start the next morning at 8am. The time slot that every guest speaker covets, right?

My goal was to offer up a few ideas and tools that the leaders could use immediately to get results while still having a life, and I was sharing the results of some research I had conducted with other executives in their company.

They stared at the screen with low-rated scores for behaviours such as:

› Pace myself by building in regular breaks from work.

› Regularly take time to step back to define or redefine what needs to be done.

› Give others my full presence and attention.

The exception was a woman in the centre of the room who was listening attentively but not contributing to the conversation. She was projecting a sense of calm that stood in stark contrast to the angst that most of her colleagues were expressing. I asked her what she was thinking. She said: “I’m thinking I don’t do any of that stuff.”

After her friends picked their jaws up from the tables, the questions began: How do you do that? How do you pull it off?

Her answer was simple. “I decided a long time ago that I was going to have a family life and not just a work life. Unless it’s a true emergency, I leave the office every night at 6pm. And, once I get home, I don’t answer emails. The people who need to reach me know my number. They’ll call me if they need me but I don’t answer emails all night.”

From the corner of the room, one of the guys who had been driving the conversation said, “Yeah, because the first time you answer an email at 2:30 in the morning, they know they’ve got you.” Everyone else nodded their heads knowingly.

That was a learning moment for everyone. You can have a successful career and have a life, but the only person who’s going to make that happen is you. Here are some ideas to get started:

› Make a list of the things in your life, other than work, that are important to you. Choose the one or two that mean the most right now.

› Identify a few things you can do on a regular basis that are relatively easy to do and likely to make a difference on the things that matter. Don’t worry about solving 100%. Look for easy ways to get started.

› Make a commitment to yourself to establish boundaries that allow you to follow through on the things that are easy to do and likely to make a difference.

What about you? What boundaries have you set between your career and the rest of your life? What are you doing that’s working? If you don’t have any boundaries, what first steps could you take to set some?