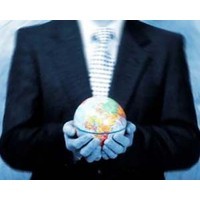 More than three-quarters of ASX100 CEOs have worked or studied overseas along the way to heading their current companies, a LeadingCompany analysis has found.

The Australia in the Asian Century White Paper, released yesterday, set a target of one third of all ASX200 directorships being filled by those with Asian experience, to boost the skills of Australian companies in navigating their businesses into Asia.

However, when it comes to the current crop of ASX100 CEOs, only 12 have worked in Asia, and none have studied there.

One in four (23) ASX100 CEOs have never worked or studied outside Australia. These included some very successful CEOs, like WorleyParsons’ John Grill (who retired last week), and Andrew Basset of SEEK.

Other CEOs have resumes studded with foreign postings. Energy company Santos’ David Knox has worked in the United Kingdom, Norway, the Netherlands, the United States, and Pakistan. Treasury Wine’s David Dearie has experience in Singapore, Abu Dhabi, Bahrain, and the United Kingdom.

Of those with plenty of experience in Asia, ANZ chief Mike Smith led the pack, having worked for three decades with London-based HSBC (Hong Kong and Shanghai Banking Corporation), much of that in Hong Kong and Malaysia. Smith has crafted much of ANZ’s strategy around expansion in Asia, and when one looks at his career, it’s understandable that he would be one of the most enthusiastic about the opportunities posed by the Asian century.

Smith is also the only CEO to have worked in Latin America – he spent some time in HSBC Argentina.

Others to spend much of their career in Asia include Woodside Petroleum’s Peter Coleman (who has worked in Malaysia, Indonesia and Hong Kong as well as the USA) and Myer’s Bernie Brookes, who has worked in India and China.

Seven CEOs have spent part of the career working and studying in South Africa before making Australia their home. They included some of Australia’s longest-serving and most influential CEOs, including Metcash’s Andrew Reitzer, Westpac’s Gail Kelly, BHP’s Marius Kloppers and TabCorp’s David Attenborough. Another eight CEOs spent some of their career in New Zealand, including the Commonwealth Bank’s Ian Narev, National Australia Bank’s Cameron Clyne and Telstra’s David Thodey.

For aspiring chief executives, the take-out is clear. Global experience pays off at Australia’s top companies.