Australia’s aging demographic is at risk of becoming extinct 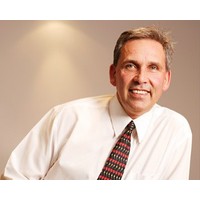 I find that I am increasingly using the metaphor of the ‘boiled frog’ when I speak with both individual and corporate clients.

I’m sure you’re familiar with the metaphor – the one where a frog is put into a pot of cold water that is slowly heated until it is boiling. The frog doesn’t notice the water slowly heating up and doesn’t recognise the danger. Therefore, the frog ends up being boiled.

In the context of the business world, this metaphor is typically used when organisations or individuals are unaware that the environment is changing around them, do not recognise or react to the danger, and end up ‘dead’ as a result.

When working with my individual clients, I use this metaphor primarily to help them consider what is happening around them, why they are feeling uncomfortable and what they need to do about it. It is like a security sensor – something has triggered the alarm and they need to decide what to do.

The problem is that some people start to ignore the alerts that something is not quite right and, before you know it, are sidelined, irrelevant, or passed over.

As an example, my first job in 1984 was working for a large electricity supply organisation as a software programmer. The organisation had a very active cricket team and I was an involved member.

One of my fellow players, a draughtsman, told me that he was concerned about some new (at the time) technology advancements. He had been given the opportunity to be retrained on some recently introduced software packages, but had decided that he loved what he did and believed there would always be a need for draughtsmen.

But less than a year later, his role was unneeded as CAD ‘technicians’ replaced the need for draughtsman. Was he a ‘frog’?

And in the context of our corporate clients, we find many ignore the obvious signs of something changing in the ‘environment’ – increasing disengagement evidenced by absenteeism, distrust of management, disinterest in the vision, and other similar signs.

Especially when the organisation is a listed entity, the focus on the next quarter causes organisations to lose sight of the bigger picture.

As one senior executive told me, he didn’t care about leaving a legacy or where the organisation would be in three years’ time as he was unlikely to be there; his focus was on achieving the quarterly target and the impressive bonus that came with it.

One common thing that we often find organisations ignoring, or to be kinder, just plain unaware of, is the mature-aged workforce and their changing needs. Workers are staying longer, are healthier, want more meaningful work and want to work less.

Do you have a sense that something changing in your organisation, but are not quite sure what it is?

This short YouTube clip produced by my colleagues in our mature-aged consulting division, Sageco, will give you a feel for how the demographic in Australia is changing. Take a few minutes and check it out!

The ‘boiling frog’ metaphor shows why it is so important to stay in touch with trends and thought leaders outside of your organisation and industry. That’s why you should be talking to us – as we have the privilege of talking to many organisations across many industries, and are listening carefully to their issues!

So, have you used this metaphor before? In what context? Is there anything changing in your environment that you need to think about – are you being slowly ‘boiled’?