Beat the bulge and quit the sit 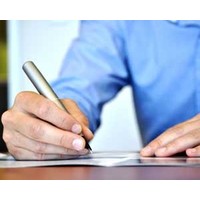 I’ve never been a smoker but lately I’ve started to take on some of the same zeal of reformed addicts. You see, a few years ago, I took a long, hard look at myself and decided to kick one of the most unnecessary and unhealthy habits I’d had for years: I quit sitting.

And I’ve been replacing sitting with standing at every opportunity since.

In January 2010, my research group at Baker IDI published a paper in Circulation: Journal of the American Heart Association that tracked the lifestyle habits of 8,800 adults. We asked how much time the participants spent watching television and used this as an indicator of how long they spent sitting during leisure time.

Compared with people who watched less than two hours of television daily, those who watched more than four hours a day had a 46% higher risk of death from all causes and an 80% increased risk for heart-related death.

This field of research has expanded significantly in the past few years and the evidence that sitting is hazardous to health is now quite compelling.

But for the vast majority of us who work in desk-bound sedentary jobs, our choice to sit appears largely out of our control. This prompted me to ask the question: How ridiculous is it that people now sit longer than they sleep and what, if anything, can be done about sitting for long periods?

In response, my research group set about identifying how frequently, and at what activity intensity, one would need to break up sitting time in order to counteract its negative consequences. The results have been published online today in Diabetes Care – a publication of the American Diabetes Association.

By examining spikes in participants’ blood glucose levels after consuming a high-calorie meal, we discovered that glucose levels and insulin sensitivity improve by as much as 30% following frequent short breaks in sitting.

Rises in glucose levels after eating are known to contribute to a number of health problems, including atherosclerosis (hardening of the arteries), carotid intima-media thickening (thickening of the arteries) and coronary artery calcium, all of which increase the risk of heart disease. Spikes in glucose levels can also progress the development of retinopathy, a complication of diabetes that leads to blindness.

This is the first time that we’ve been able to demonstrate that breaking up sitting time enables our bodies to better manage blood glucose and insulin levels. Our next step was to identify the frequency and intensity of activity required to break up sitting time.

We found that the benefit of walking at a light intensity pace was almost identical to walking at a moderate intensity pace – suggesting that it was not so much the amount of effort put into the break that was critical. The simple act of standing up and moving was, itself, beneficial.

When you consider that as many as 60% of Australians are overweight, it’s clear we need new approaches to obesity prevention and the workplace is an ideal place to start.

––We’d like to see these guidelines extended to encourage workers to take frequent breaks that involve some kind of physical movement.

Even as you sit to read this article, there are Australian employers tentatively rolling out height-adjustable desks that allow employees the choice to either sit or stand while they work. The recently built Macquarie Bank building in Shelley St, Sydney, is a good example, and encourages staff to move more freely about the workplace rather than simply sitting at their own desk.

I’m a huge fan of this free-range workplace movement and started working at a stand-up desk several years ago. Back then I had to deploy my own home-built proto-type, in the form of a large wooden box that elevated my keyboard and computer screen to a level that was comfortable for me to use them while standing.

From time to time I’m challenged by sceptics who doubt the plausibility of implementing changes to the current desk-bound culture. But think about how far we’ve come with smoking reforms. Remember when it was okay for people to blow smoke in your face while at work? Banning smoking from the workplace now seems like a no-brainer for health and morale.

Progressive organisations that support employees to “quit the sit” will lead the way with these changes. And I predict that it is only a matter of time until the majority of organisations follow suit.

For employers in particularly competitive fields that struggle to attract talent, redesigning their work environment and challenging the traditional cultural norms around sitting for hours at a time, will certainly set them aside from their competitors.