Become your own best gatekeeper 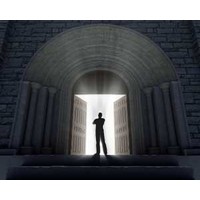 I spend my life trying to get past gatekeepers. As a consultant, I’ve been trained to sniff out underlings who can only say no (and aren’t authorised to say yes), and strategically work to evade them. But in my own life, as I’ve become increasingly deluged with inquiries of all sorts, I’ve come to appreciate the importance of gatekeeping: a clean, crisp way of whittling down the requests and a solution to the guilt that comes from saying no.

I don’t mean everyone should go out and hire an assistant. Instead, as the volume of information and ease of communication increases, we each need to become our own gatekeeper. The more hassles we can triage, the more meaningful work we can accomplish.

There’s a risk, of course, that saying no will mean you’ll miss out on something. In a recent blog post for hbr.org, Kathryn Minshew makes a good case that you should “Never Say No to Networking.” “Always say yes to invitations,” she writes, “even if it’s not clear what you’ll get out of the meeting. … Many of my most fruitful relationships have resulted from a meeting or call in which I was not entirely sure what would or would not come of the conversation.”

I’m all for taking the time to meet interesting new people. And I recall well how flattered I felt at the start of my career when I was asked for a meeting or some advice. I was thrilled to be looked at as enough of an expert to be of some help. But I’ve found that as my career has progressed, I’m increasingly approached by people with requests that are likely to take a fair amount of my time and generate little payoff. People like that are easy to ignore.

But what about harder calls – students from your alma mater, friends of friends who need career help or nonprofits that have no money but desperately need counsel? You want to help, but you could spend your entire career saying yes to people who provide little reciprocal value (the emotional value is different, but it doesn’t pay the bills). As your visibility increases, you have to put better screening mechanisms in place – the reward being a lot more time and a lot less hassle in your professional life.

The first step is to filter new contacts through your existing ones. That’s not because your friends are the coolest or only your circle knows what’s going on (though that’s often how it’s interpreted). Instead, it’s actually a kind of game: in a networked world, is your prospective suitor canny enough to work social channels (whether by scouring LinkedIn connections, joining a board you’re involved in or finding out via Twitter that you’re attending a certain gathering) to get a warm introduction?

I was recently talking with Jeffrey Bussgang, a prominent Boston venture capitalist. How does he find good prospects to invest in? Referrals. He has never funded an investment that arrived cold. In his book Mastering the VC Game, Bussgang recalls polling his VC colleagues: “The odds of actually receiving funding from a cold email: 50,000 to 1,” he writes.

When someone comes to you with a request for help, you also want to avoid saying yes too easily. It’s simple for someone to ask for an hour-long meeting, and it’s gratifying to agree. But those meetings can add up quickly; I get several requests a week and some colleagues I know get many more. Instead, I’ve discovered that you can often identify the best and most promising contacts if you make them work a little for the connection, because the cream will rise to the top. Some people get discouraged and give up if you say, “I’m swamped now. Can you email me in six weeks?” But that’s precisely the point. Lazy people are likely to get on a career development kick only when they’re panicked about finding a new job, and their interest will wane the moment they land one. It’s the responsible go-getters who will mark the task on their calendars and follow up diligently six weeks later – and those are the ones you actually want to meet.

I really didn’t want to take the time to connect with Yeva, a young woman who had graduated from my college and hoped to break into the world of marketing and advertising. She sent a very kind note and had obviously read my work – still, I was just too busy. But she was polite and persistent enough that I finally agreed to meet for coffee, and we had a good conversation in which I advised her to start a blog. A month or two later, she followed up and sent me a link; she’d already posted several entries on her blog. Yeva passed two important tests: scoring a meeting, and turning a single coffee date into an ongoing relationship. I was so impressed that I offered her a free ticket to an upcoming marketing conference where I was speaking. She accepted and attended.

You can develop your own criteria for whom to “let in the gate”. Maybe it’s people with a deep and specific interest in your niche, people with whom you share a common background or people referred to you by a trusted colleague. It could be those who’ve passed the “call me in six weeks” test, or simply those who have done their homework, reading everything you’ve written and taking an interesting point of view. But the key is to have a plan.

No one likes to “just say no” all the time. We want to be helpful, and we want to identify the people, companies and causes that are on the move. I’m a huge fan of our technology-enabled, accessible society, in which anyone can reach you with a tweet or find your email address online. Still, I’ve found that you can’t always say yes. You simply won’t be able to achieve your own goals if you’re constantly reacting to others’ needs and entreaties.

The best answer in an overcrowded world is to develop the right system for when and how to say no. Because the people who are resourceful enough to get through the gatekeepers are usually the ones you want to bet on.

Dorie Clark is a strategy consultant who has worked with clients including Google, Yale University and the National Park Service. She is the author of the forthcoming ‘Reinventing You: Define Your Brand, Imagine Your Future’.