Big Money: On women in economics 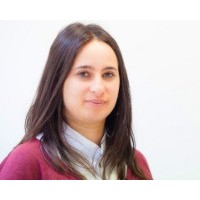 It’s odd to hear from a female economist.

It’s not that female economists don’t exist. But they are few. And as most economists work in obscurity on topics worthy of little media attention, the odds of them breaking through are slim.

The funnel starts small too. When I studied economics at university, my first-year classes, held jointly with the accounting, commerce and finance majors, were full of women. But by second year, when classes focused just on economics, I became a small minority. By final year, it was not uncommon for me to be the only woman in my tutorials.

Economics is the most influential of the social sciences, but it attracts few female students, and the few who do begin rarely finish their studies. Among tenured economists in Australia, Canada, Great Britain, the United States and Sweden, a 2008 study found only 5% to 9% are female.

Some, like Australian writer and feminist Eva Cox, argue that the reason for this is because women are interested in things like social justice and community, which isn’t given enough time in economics. Cox calls it a ‘macho discipline’.

I disagree. Economics is a tool, most publicly put to use in banks and investment houses to make money.

But that’s not what it is. Economics uses data, much of it financial, to shed light on how and why people make the choices they do. That’s an inherently broad canvas, and economists are painting all over the place. I see no reason why this would be inherently uninteresting to women.

I dropped out of economics not for lack of interest, but for a far more mundane reason. I couldn’t hack the maths.

It was commonly said by my lecturers at university that the best way to prepare for a PhD in economics was a Bachelor of Mathematics. The economics could be taught later, but the maths was fundamental.

I remember the exact moment when I gave up on maths. I was in Year 8, and placed in my school’s advanced mathematics class. It was full of Asian boys. I was one of three girls, and the only one who wasn’t Asian. My classmates were not inherently gifted, but they worked far harder than I did. But as I looked around and saw no one like me, I figured I didn’t need to excel in this class. I didn’t think it was expected of me. I stopped trying hard, and the following year I was placed in the second-to-highest class. By the time I got to Year 11, the advanced techniques were beyond me. I focused instead on English, history, and other things where success came relatively effortlessly.

Year 11 was also the year I began studying economics, at the suggestion of a wonderful teacher I hated at the time. I was sceptical to start; my teacher gave me one of my life’s greatest gifts. I loved the way of thinking, the calm logic followed to its ultimate conclusion, the broad applicability. Studying economics helped me make sense of the world.

At university where I continued to study economics, I did very well. But I couldn’t do the most advanced classes that prepared one for an Honours thesis, then a PhD. My lack of mathematics was my Achilles heel, and I again found I had a comparative advantage in writing.

Many women drop out of economics this way. And we know why girls stop studying mathematics at school.

Comments like that by famed economist Larry Summers – that there will never be as many women in fields like technology and science because they don’t have the intrinsic attitude – reveal attitudes that girls pick up on all their childhood.

But not everything in life comes easy. Some things take grit. And while I don’t blame anyone for my lack of it, I don’t doubt women are discouraged from doing hard things by the way they are brought up.

Yesterday, Janet Yellen was appointed to the world’s most powerful economic position. I hope that makes a difference. Economics is too important a tool to be wielded only by men.