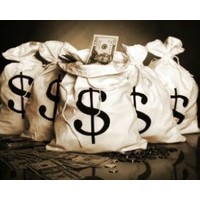 Bill Gates has once more topped the Forbes rich list with a net worth of $76 billion, with Mexico’s Carlos Slim falling to second place. While this result came as no surprise, the 28th annual billionaires list also saw more women join the ranks of the world’s richest.

Since September last year Bill Gates has grown his fortune by $4 billion.

Gina Rinehart has maintained her title as the richest Australian, placing 46th on the list overall and the 5th richest woman, with a net worth of $17.7 billion.

Since this time last year Rinehart’s fortune is estimated by Forbes to have increased by $700 million, despite predictions late last year her wealth had fallen by $3 billion following an earnings slump from Hancock Prospecting.

James Packer comes in at number 208 on the billionaire’s list, claiming the title of the second richest Australian with a net worth of $6.5 billion. Mining magnate Ivan Glasenberg comes in third with $6.3 billion.

Facebook founder Mark Zuckerberg made the most money in the past year, boosting his personal net wealth by $15.2 billion to $28.5 billion. The growth comes as a result of Facebook’s increasing share price.

Women made up around 25% of the latest Forbes billionaires list, with 172 females now part of the billionaires club.

The richest woman in the world is Christy Walton and family, with a net worth of $36.7 billion she ranks ninth overall.

Since this time last year her wealth has increased by a substantial $8.2 billion.

Coming second was L’Oreal grand dame Liliane Bettencourt and family, worth over $34.5 billion, and close behind in third was Walmart’s Alice Walton with $34.4 billion.

Facebook’s chief operating officer Sheryl Sandberg also made the list this year, with her personal fortune equating to more than $1 billion.

Overall the world’s super rich were dominated by Americans, with eight of the world’s ten richest people from the United States.

Well-known rich-listers Warren Buffett, the Koch brothers and Sheldon Adelson made the top 10, as did Amancio Ortega from Spain.

Ortega is the world’s third richest man, banking an extra $7 billion last year to grow his fortune to $64 billion. He is up a remarkable $26.5 billion in the past two years.

He stepped down as the chairman of retail company Inditex (responsible for the Zara brand), but still owns a 60% stake in the company.

Last minute additions to the list included Whatsapp founders Jan Koum and Brian Acton, who sold their company to Facebook for a total of $19 billion last month.

Koum is expected to bank around $6.8 billion from the sale, while Acton is predicted to be worth at least $3 billion.