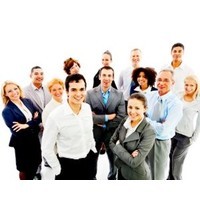 A new employee who quickly develops good relationships with those they work with will like the job more, learn their responsibilities more quickly, and fit into the workplace culture better.

Most businesses know this, which is why they make sure their managers spend time getting new workers settled into the job.

But a study published in the March issue of journal Human Relations has found to give new employees the best chance of success, it can’t be left up to the manager alone to settle them in. Co-workers have to step up too.

“The work group has enormous responsibility for helping that new person get on board,” said one of the study’s authors, Illinois University human resources professor Russell Korte. “In many cases, the new hires in the study had very little contact with their managers, and the vast majority of their learning and interaction was with their co-workers.”’

“Traditionally, we blame the new person for not learning how to fit in when, in fact, the culture or the relational structure of the work group was part of the problem.”

Korte and his colleagues followed 30 engineers who joined firms with high attrition rates. They found the engineers who had a co-worker take an interest in them did far better than those left on their own. This impact was clear from the first several months up to two years after they began the job.

That’s because even technical tasks are done very differently from organisation to organisation, Korte said. American organisations tend to be task-oriented, which means they can overlook just how important relationships are to learning how things are done in their business. If newcomers aren’t shown the ropes by their co-workers, they don’t learn what’s appropriate.

“Unless you’re building these relational factors into your method, you’re risking failure in many cases because you’ve overlooked some very important parts of the process,” Korte said.

“I think there’s a very strong message for industry and education about how we’re preparing people to go out into the working world. Social, cultural or political systems really have a huge effect on how people learn and work, and they’re often underestimated or underappreciated.”

Korte is replicating the study in Mexico, and is finding very different results there.

“Nobody that I interviewed in Mexico had a problem feeling part of the group, unlike in the US… Latin cultures are typically more relationally oriented; they view their work groups as family.

“Several people in the Mexican study said they would sooner miss a deadline than disrupt the harmony of the relationships in their work groups. Americans would rarely say that, if ever.”