Brains Trust: How companies act when they have something to hide 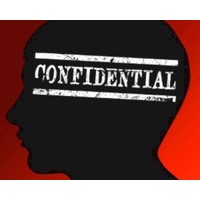 In a fascinating working paper likely to prove very useful to regulators, or just savvy investors, Tanja Artiga and Markus Schmid, both from the Swiss Institute of Banking and Finance, along with David Yermack from the Stern School of Business examined the management practices of 216 companies found guilty of price-fixing by antitrust authorities. Most of the companies were global ones which operated in multiple countries.

The researchers found plenty of common tell-tale signs in both their corporate governance structures and the individual actions of their top executives.

Among them was a tendency to appoint ‘busy’ or overseas-based directors to their boards, the reorganising of business units and industry segments every year to make it difficult for outsiders to clearly discern how the business is doing, frequent restating and corrections to financial accounts, executives who cashed in their stock options as soon as they could, and retaining the same auditing firm for many years.

One of the more prominent firms in the study was Bristol-Myers Squibb. The pharmaceutical company was charged with participating in cartels in three different countries between 1998 and 2005.

“During this cartel period, Bristol-Myers engaged in many of the practices described in our analysis,” the authors wrote.

“The company reclassified its line-of-business segments nearly every year, constantly reorganizing them into different subcategories and at one point eliminating them altogether for a two-year period. Five years’ of earnings results were restated, including two years that were restated twice. The company was sued twice during this period for securities fraud. It retained the same auditing firm for the entire cartel period despite the outward signs of financial reporting problems. Three new outside directors joined the Bristol-Myers board between 1998 and 2005. Two of the three fell into the “busy” category, with three or more board memberships, and the third was based in a foreign country. Five of the incumbent outside directors from the start of the cartel period also had busy status.

“At the end of its cartel period in 2006, soon before it agreed to plead guilty to federal criminal arising from an antitrust investigation, Bristol-Myers appears to have undergone a governance and financial reporting overhaul. It changed auditors, replacing PricewaterhouseCoopers with Deloitte & Touche, and added a law-and-order independent outsider to its board, the former FBI Director and federal judge Louis Freeh.”

The cartels in the study thrived as a result of their conspiracies. When compared to companies in the same industry, they tended to grow sales on average 4.6% faster, and their market capitalisation rose 3.6% faster.

The study looked specifically at cartels, but the authors speculate their findings could well extend to other situations where managers have something to hide. “By understanding the playbook of strategies outlined in this paper,” they wrote, “these and other problems might become apparent earlier to shareholders, analysts and regulators.”