Brains trust: What psychology tells us about New Year’s resolutions 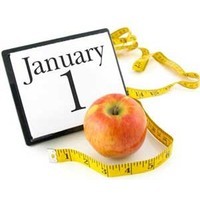 New year, new you. At least, that’s what we hope. We’ve all got things about ourselves we’ve been meaning to fix and the turning of the calendar seems as good a time as any to embark on a voyage of self-improvement.

But I’ve given up on New Year’s resolutions. A decade or so of failed promises has left me knowing better.

If we go on the science, I’m not alone.

In 2007, British psychologist Richard Wiseman found 88% of the 5000 people he tracked quickly failed in their resolutions. Another study, conducted by the University of Scranton and published just last month, is even bleaker: it found just 8% of people were successful in achieving their resolutions (with 25% failing within their first week).

It’s not all bad news, though. Many of studies have taken into account what people who achieve their resolutions have done. Here are some of their suggestions:

In 1999, Baba Shiv, a marketing professor at Stanford University, divided several dozen undergrad university students into two groups. He gave one group a two-digit number to memorise, and another group a seven-digit number. He then got them to walk down a hall where they were presented with either a slice of chocolate cake or a bowl of fruit salad. The students who had the longer number to remember chose the chocolate cake at a much higher rate than those who just had to remember a two-digit number.

Shiv wrote this was because the long number took up greater “cognitive load” in people’s minds. The effort it took to remember it meant they weren’t able – or likely – to use willpower on anything else.

The takeout is our willpower is so limited and easily taxed that making it do one thing makes it more difficult to do everything else. The solution is obvious: focus on one resolution at a time, and when it becomes a habit, work on something else.

2) Break your goal into a series of smaller steps, mapping out your progress

In 2009, Wiseman did another study looking directly at how people do achieve their goals. He found that one of the key ways people made it through was by breaking their resolutions into smaller steps. This had a monitoring effect, letting them know exactly how they were doing, as well as making the goals easier to achieve by allowing people to focus on one thing at a time.

He told The Guardian at the time that the simply visualising the end goal dooms people to failure. “Many of these ideas are frequently recommended by self-help experts but our results suggest they simply don’t work,” he said. “If you are trying to lose weight, it’s not enough to stick a picture of a model on your fridge or fantasise about being slimmer.”

To achieve your goals, plan how you’ll get there.

Making your resolutions known to friends and family has two effects: firstly, they’re more likely to support you if they know what you’re trying to do (the carrot) and secondly, you’ll feel bad if the next time they ask you about your resolutions, you say you failed (the stick).

Dr Gail Matthews, a psychology professor at the Dominican University of California, tracked 267 American businesspeople as they tried to achieve certain goals. She split them up into five groups and gave every group a different method they were allowed to use. She found that those who shared their goals with a friend (through sending weekly updates) were 33% more successful in accomplishing their goals.

If all else fails, just use positive reinforcement.

After all, you might need it, given many of the types of things people try to give up in the New Year are rewarding in and of themselves, at least in the short term, says Dr Joseph Baschnagel, a psychology professor at the Rochester Institute of Technology.

“For example, eating unhealthy food or sitting around watching television is immediately rewarding, whereas the reward from working out at the gym might not come until many months where you notice weight loss,” he wrote.

“To keep your motivation up when changing behaviour, you need to make sure that the new, healthy behaviours are rewarded sooner and regularly. Pick activities that are rewarding by themselves or add rewards.

“So if running on a treadmill is not very rewarding to you, you might provide some other reward every time you run a certain number of times, like treating yourself to a movie at the end of the week.”