Can executives have it all? How leaders are risking their mental health 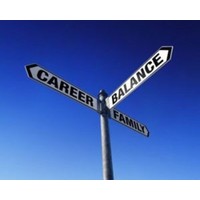 For 20 years, Simon Kinsella has treated burned-out executives. Eight years ago, when former stockbroker, Greg Burns, walked through his doors (see last week’s story), Kinsella again confronted a painful reality: once executives get to the point of burn-out – unable to work, depressed and confused – their recovery is much longer, slower and harder.

“They feel broken,” Kinsella says. “They feel they have failed, or there is something wrong with them. For senior executives, they have had this ‘cloak of invincibility’ around them. When they discover that cloak is really the emperor’s new clothes is it a shock, and their whole self-image is challenged.”

However, Burns made a recovery over the course of a year of treatment and returned to health and happiness. It was Burns’ successful treatment that sparked an idea in Kinsella. “Greg was a good example of someone who had been through an incredibly difficult time and had come out the other side. And he had said a number of times along the way, [that] if only he had known this stuff earlier, he could have done something about it.”

Kinsella resolved to start a service designed to help executives identify the early warning signs and seek help before they collapse.

Not every executive waits too long before seeking treatment.

A partner in a professional services firm recently came to Kinsella. He was working incredibly hard, and doing very well at work. “But he kept driving home looking for power poles to drive into,” says Kinsella. “I said ‘this is a problem’, and was able to spell out to him the path that things are likely to take from this point forward.”

Burnout is the most likely end-point. Suicide is quite rare, but the fact that this partner had a plan, that it was accessible and likely to be lethal ranked him high on the suicidal risk criteria.

The young man acted early by coming to Kinsella and, in doing so, was able to protect what was good in his life – his success, his marriage and his relationship with his two young children. “It is not about saying the executive lifestyle is a crazy one, and you shouldn’t do it. It is about saying what do you need to tweak or revise to have a successful marriage, a good relationship with your kids and a stunning career,” says Kinsella.

What keeps executives away from help?

Fear and stigma are the factors that keep executives from seeking help early. Mental health issues are still disparaged and stigmatised. But it is also fear of losing everything – years of hard work, respect of peers, status and family – that keeps executives away in droves. “People in executive positions often have a big mortgage, kids in private schools, and they are connected to a network of successful people. They are afraid that if they change the game, they will be looked on as losers.”

Check-up from the neck up

Kinsella contacted Burns long after his treatment was concluded and proposed the idea of a business offering executive mental health checks – a “check-up from the neck up”. Burns is a now passionate advocate for preventative measures, and the two co-founded a company, The Institute of Performance and Wellbeing (IPW), to perform such check-ups for executives on behalf of their employers.

Company boards and management are starting to recognise the value of early detection, Kinsella says. “I think there are more and more examples of people who are dropping out of partnerships or the C-suite and opening bike shops, having a sea-change or tree-change; just finding that corporate environment too toxic.

“Yes, you can always fill the spot, but do you want to lose the intellectual capital, not to mention paying up to five times the person’s salary to replace them in recruitment fees, sign-up bonuses and lost productivity? And with a partner, you can’t just replace them; they have the network of relationships with clients. When they go, clients go.”

Early detection reduces the recovery time, Kinsella says. “You don’t have to go into in-depth, long-term analysis of your family background and childhood and those kinds of issues.”

Using a model called single session therapy, Kinsella says that most of the time, after an assessment, it takes just one to three sessions to solve issues that have arisen.

The IPW offers a few options for assessment, but its most comprehensive model is:

Are you on the edge? Early warning signs.

If this story raises issues for you, contact Lifeline’s 24-hour crisis line on 13 11 14