Career midlife crisis: Do you really want to win the rat race? 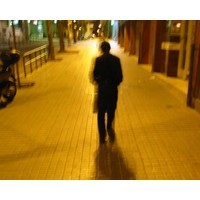 “There was a certain amount of pointlessness that was compounded by a feeling of being trapped,” he recalls. “The pointlessness came from having enough experience in the job to recognise that it wasn’t as satisfying as I thought it would be. You naively make assumptions about a specific career path. Then you get to that point where it doesn’t live up to your expectations, so you stop aspiring to progress. You look at your role models further up the food chain and realise you don’t want to be like them. All of a sudden that path looks very unattractive.”

Ma is describing a serious – but not always negative – affliction that psychologists and career advisers report confronts many employees today. Some call it a career midlife crisis, while others simply consider it natural progression. What’s confusing is the symptoms of midlife career crisis are manifesting in a range of stages.

According to Peter Heslin, a professor in Organisation and Management at the Australian School of Business and Professional Development Workshop chair for the Careers Division of the Academy of Management: “Career stages – such as learning the ropes, becoming established, making your mark and then moving on – used to be age-related. But now that the idea of a ‘job for life’ has gone, people often cycle through these career stages multiple times in their working lives. There is scope for the career angst that motivates people to move on to be felt in almost any phase of a career, and therefore at virtually any age.”

The 21st century presents a new range of triggers for career crises, Heslin believes. “There are more cues to ‘know thyself’ these days and (in terms of jobs) an increasing number of inducements to love it or leave it,” he says. “Relentless marketing by internet-based employment websites is one of the biggest. A growing emphasis within society on discovering and capitalising on one’s ‘strengths’ is another factor putting emphasis on self-awareness.” Such trends make people feel a career transition is in order, unless they love what they do, he suggests.

A common trigger for a career midlife crisis is the realisation that there’s a misalignment between an individual’s career and his or her deeply-embedded life interests. “A career midlife crisis often reflects the perennial issue of poor fit between the person and their job or the organisation,” Heslin notes. “Increasingly, this involves individuals’ emerging sense of not making a positive difference in the world, or more specifically, to the lives of others. The question, ‘What’s the real point of what I do and how I spend most of my waking hours?’ can become a burning one.”

Executive coach Gaby Riddington agrees that at the core of many career midlife crises is an individual’s lack of fulfilment. “The problem can be highlighted by something that alters their perspective, just for a moment,” she says. “It could be reports of an external catastrophe, such as the Queensland floods, or the death of somebody they know, a divorce, a health scare. Suddenly they realise life is short and they want to make it count.”

Another common cause of a career meltdown is when an individual is overlooked for promotion or made redundant, Riddington reports. “This often forces a period of re-evaluation and questioning. With the right support this can be a real turning point, but handled badly it can cause more angst and a downward spiral.”

Through her Sydney company, Yourpotential, Riddington often helps senior managers realise what they really want to do. However, the process of figuring it out is easier for some than others, she says. “It can be difficult to actually make the shift, particularly in professions such as law, medicine and accounting where there has been a substantial investment of time and money on education. The thought of giving that up and starting again can be daunting and often leads to a period of serious reflection before a change is made.”

The heartening news about such career uncertainty is that it can mark the start of something far more satisfying, the experts insist. The challenge is identifying exactly what that is. Ma’s first step was simply figuring things out on paper.

“I felt anxious that the skills I’d picked up throughout my career weren’t applicable elsewhere, so options seemed quite limited,” he says. “I sat down with my wife and assessed, from a financial and material perspective, what it was we really needed as opposed to what we wanted. That was liberating because what we needed was substantially less than what we’d been aiming for. We recognised the parameters of what the next step could look like.”

This realisation is powerful, says Heslin, who teaches managerial skills to AGSM (Executive) MBA students. “Because a high salary has traditionally been deemed the hallmark of a successful career, people often naturally choose the job that offers the most money. But if doing what it takes to earn what you earn starts taking its toll in terms of relationships, health, spirituality or happiness, it can soon result in a misery and despair that makes hollow any sense of being successful. What’s the point of continually striving to win the rat race, people ask themselves, if doing so makes me feel like a rat?”

Career angst and hitting a “career plateau” often drive the decision to enrol in MBA programs, Heslin notes. “In a sense, an MBA program is a career-change mechanism – it helps people make transitions that otherwise would have been long shots, helps to reset their careers and gives recruiters a reason to look at them in a new light.