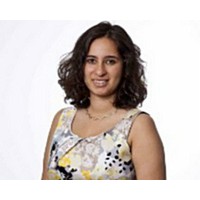 Deepti Paton, tax counsel at the Tax Institute, told SmartCompany that while there’s always “a bit of push and pull” throughout the election and budget process when it comes to the figures, plenty of crucial details about the implementation of policies are still missing.

“There’s still confusion about how the Coalition plans to treat some policies. For example, the cap on self-education expense deductibility [which Labor put on hold for two years after a public outcry]. We’re not sure how the Coalition is going to treat that.”
The policy was not featured in the costings released yesterday.

“They’ve also said they’ll repeal the loss carry-back measures, as well as the instant asset write-off. Both of these will have a cashflow impact on SMEs.

“It’s unclear from the costings when this repeal will begin. Some businesses would have bought assets recently on the understanding they could be able to write them off. It’s not clear whether they’ll be able to do so in the end.”

In the policy costings released yesterday, the benefits from the discontinuation of the instant asset tax write-off and the loss carry-back measures do not accrue to the budget until 2014-15, however, it’s not clear when businesses will lose the benefits.

“The Coalition’s savings and policy costings include a number of tax changes that ultimately mean more tinkering round the edges of the tax system rather than the real fundamental reforms necessary to make it more efficient and productive,” he said.

“However, we welcome their commitment to a tax reform white paper should they form Government and hope it delivers a strong roadmap to a more equitable and sustainable tax system.”

The commitment to a white paper was also applauded by Paton, who said it is the necessary next step in dealing with the suggestions in the Henry Tax Review.

“The Henry Tax Review process consisted of a great deal of consultation. But the final report reflected the views of the panel.

“The next stage of the review process has to be focused on what the electorate will accept. It can’t be decided on by a few people in the room with the door shut. So the White Paper process will hopefully be an opportunity to educate the broader population, and convince them of a package that will be of broad benefit to the economy. There’s been a big push from the business community – and they’re one part of the consultation. But we need to bring the country along.”

Both parties have avoided discussing a broader reform agenda on tax during the election campaign, but they’ve made small steps in the right direction, Paton says.

“For a period of time now, there’s been a strong and growing case that our tax system is becoming unsustainable, inefficient, out-dated and exceedingly complex. We haven’t really gotten into the business of reforming it for some time. We shouldn’t leave it too late. It’d be good to embark on reforms while they’re aspirational, as opposed to when they become a dire necessity.”