Email etiquette and the perils of ‘reply all’ 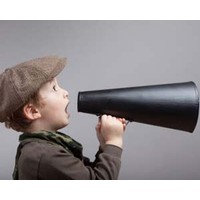 The global proliferation of email may have been one of the most significant advances in human communications, but the technology did not arrive with an instruction manual. As a result, email sometimes reflects both the best and worst of human behaviour. Here’s an example illlustrating both:

The production editor of a major online business journal recently sent an email blast about “invoicing procedures” to all of the site’s bloggers – about 50 people. The problem was that all but a few of them produced their content for free, so they had no need to submit invoices. Although it was an innocent mistake, the email set off a vicious chain reaction.

Moments after receiving the initial email, a few recipients used the “reply all” button to ask the sender what his message was all about, or to inform the sender that he had made a mistake. Another questioned whether the sender was really the editor, while still another wrote: “CALL ME IMMEDIATELY TO EXPLAIN.”

In the midst of all this frenzy, one brave soul sent a note asking everyone to please calm down, saying that the editor had clearly made a mistake and that typing in all caps (ie, email yelling) wasn’t necessary. Somehow this broke the tension and the tone of the conversation suddenly changed. The next “reply all” email was a humorous question to the editor asking if he could send him all of the invoices that the others were so angry about. A dozen people then tried to top one another’s humour while others commented on the quality of the jokes. What had been a virtual mob became a social gathering of strangers who were truly enjoying themselves. In other words, it was an illustration of the best that email can do: not just communicate, but create real communities.

So what can we learn from this vignette? First, remember that whenever you send an email to more than one person, you’re creating a community. The production editor’s mistake may have had less to do with the email’s content and more to do with its format. The lesson for all of us is to think clearly about whether we really want the recipients of an email to engage with each other, or just with us. Both choices are valid, but it depends on what you’re trying to accomplish with the email: a one-way dissemination of information (in which case, hide the addresses) or a group discussion.

Second, recognise that people make mistakes when they use email and give them the benefit of the doubt. Just like in social situations, it’s easy to jump to conclusions and get angry, often without much information. In this case, an editor sent a message to many people for whom it wasn’t intended. That doesn’t make him a bad person, and getting angry about it won’t help anyone. Instead, assume the sender’s positive intent – at least as a starting point.

Third, think before you respond. Today’s email culture encourages instantaneous responses. To keep up, we often reply without thinking. If we did this in personal interactions, most of us probably wouldn’t have any friends. But somehow in the virtual world people feel more comfortable blurting out the first thing that comes to mind, which often inspires even more thoughtless responses. When you sense one of these situations building, it’s often best to either not respond at all or wait a few minutes to see if what’s brewing is an argument or a worthwhile conversation. Then you can weigh in with a more measured response.

Finally, remember that emails often convey emotion and are actually a reflection of your personality. Think about how you want to be perceived, and whether your email personality is consistent with your real personality.

Ron Ashkenas is a managing partner at Schaffer Consulting and a co-author of ‘The GE Work-Out’and ‘The Boundaryless Organization’.His latest book is ‘Simply Effective’.