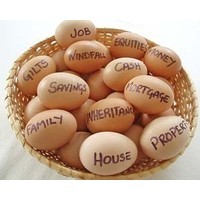 This backgrounder article was originally published by Knowledge@Australian School of Business on April 25.

The accountants’ ethical standard setter has reached a fork in the road. Everyone is waiting to see if the Accounting Professional and Ethical Standards Board (APESB) will be bold enough to approve a new standard that forces accountants engaged in financial planning to ban all incentives for biased financial advice.

By setting an ethical standard – that more properly aligns the interests of planners with their clients – the standards board is accentuating the sharp contrast between its lofty ideals and the government’s Future of Financial Advice reforms which were passed by the House of Representatives in late March. While FOFA will partly deal with the conflict of interest problem for planners by banning commissions, it shies away from providing a complete solution since it allows carve-outs for asset fees and commissions on life insurance.

The legislation implementing the majority of the reforms, including the prospective ban on conflicted remuneration structures, has been pushed back by a year and will now swing into action on  July 1, 2013.

The accountants’ draft standard, APES 230, released in June 2010, goes much further than FOFA by banning not only commissions but asset-based fees as well. These are ongoing advice fees charged by broker-dealers as a percentage of a client’s assets. Asset-based fees can also create conflict since it follows that planners are hardly likely to advise that clients take their money out and make a deposit on a property or invest their money in a term deposit with a bank

Under APES 230, there are no such carve-outs.

The problem is that so much of the industry is based upon asset-based fees, there is a reluctance to embrace FOFA reforms let alone consider what the accountants will likely propose. Institutions and product manufacturers promote the idea of percentages because it more closely aligns their commercial interests with those of the planner. A flat fee/hourly rate does not do that, which is why most institutions have lobbied so hard against a pure fee-for-advice model.

In essence, because the insurance companies and asset managers in the retail market rely on advisers for much of their distribution, these product manufacturers have a vested interest in keeping the conflicts in place. And the consumer voice is notably weak. In December 2010, the APESB said it would extend the consultation on the Exposure Draft of the APES 230 Financial Advisory Services following extensive stakeholder interest. It also deferred the start date of the proposed standard, initially planned for July 1, 2011.

Since the market is shaped by supply-side interests, the demand side is poor. Most people do not have a long-term relationship with an adviser – they tend to approach them only when faced with a trigger event. There is a strong culture of consumer suspicion when it comes to advisers and this is exacerbated by the lack of clarity over the adviser’s remuneration.

According to ASIC’s 2011 Financial Literacy and Behavioural Change report, only 22% of Australians use a financial planner. Hence the criticism that FOFA is self-serving, that it was captured by the industry, watered down and it changes nothing.

Not everyone’s a trailblazer

The accountants are taking the approach of genuine reform. Consequently, the adoption of APES 230 should force the industry and the federal government to reconsider their very conservative position. Trust is critical to the future of the financial services industry. Without it, the industry cannot build transparent relationships with the community and grow the advice business. This is the case for severing the inherent connection between advice and product sales. Industry observers say the industry will lose face if it refuses to follow the accountants.