First, find a lone nut: How to be a great follower 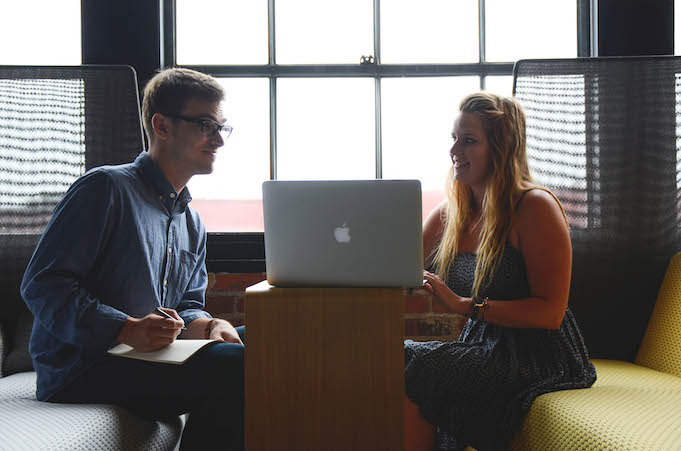 Leadership. Being a leader. You create something that never existed before using nothing but willpower and sweat and duct tape. Then people see it, buy into it, into you, and you have a team. Together you take on the world.

There’s a lot written about  the leadership part, but what of the team? What of being a follower? In the words of tech entrepreneur  Derek Sivers, leadership is over-glorified. It was the first follower that transformed a lone nut into a leader.

Joining Filtered Media was a left step into a career I’d never imagined. I was lining all my ducks up for a great role somewhere else, when I had a conversation with our now-CEO. And as soon as the line disconnected, I thought – now there’s someone worth following.

It was the first time I’d ever thought about following. Did I trust the vision he was sketching? Would I have the courage to stake some future on it? After three years, the answer is still yes.

So here’s what I’ve learned about being a great follower.

Leaders of start-ups or small businesses are often more about ideation than implementation. A great follower is a conduit between a leader’s vision and the reality of making it happen.

To do this, you’ll need to think for yourself. Take a wide view of the business, its projects, your team, and make recommendations based on your insights. Be unafraid and diplomatic in your criticism when a leader is off point and celebrate and support when they’re spot on.

A great follower has the power to influence how, and even if, goals are met. Your ability to mediate between a project’s vision and the reality of the work is your greatest asset to a leader.

To collaborate you need to know two critical things: who you’re working with (and how they work); and the ultimate aim of the project. Once you have the who, and the why, the rest is just detail as you work together to complete your goal.

As a follower, it’s your job to help make ‘it’ happen. Part of making a vision a reality is having the courage to dissent. Your leader is relying on your expertise to read the mood of a team or client, or reality-check an ambitious commitment or direction. Don’t be afraid to speak up.

Making the decision to follow means you’ve decided to give up a bit of control while you watch, act and learn, and that can be scary. But you saw something in this leader and their vision worth following, and you were right. Trust your decision.

Plus exclusive
Fast Tools
Finance
Adam Carswell
Phase two of single touch payroll will now be mandatory on January 1, 2022. But what's changing, and what will remain the same?