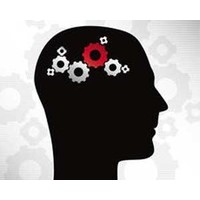 The science of self-improvement never ceases. Every year brings dozens of new quirky findings about how to be more effective, whether in managing our time, being more creative or just getting things done.

Here are some highlights:

1. You don’t know yourself as well as you think

We think we know ourselves best, but more and more evidence is surfacing to the contrary. This raises an interesting challenge for employers who solely base their hiring decisions on self-reported questionnaires. Psychologist Timothy Wilson proposes that to really know someone, you have to ask others to evaluate you. It turns out that how you see yourself and how other people see you are only very modestly correlated.

In his book, Strangers to Ourselves, Wilson talks a lot about the adaptive unconscious. He tells us that much of what we do lives in the unconscious and therefore we cannot detect it ourselves. Things like what we think, feel, and want become unnoticeable. Now of course, if you’ve ever practiced mindfulness, or have ever self-reflected, some of the unnoticed starts to surface and we gain insights, but more often than not, a lot of information goes unnoticed.

This is why one might have a hard time understanding why things go wrong. Given that we aren’t completely conscious of what we were doing, we tend to blame others for our mistakes. In order to gain better insight into ourselves, we need help getting the right answers. It turns out that other people’s assessment of your personality predicts your behaviour better than your own assessment would. So instead of thinking you already know everything about yourself, stop for a minute, and ask someone else.

2. Have a problem? Distract yourself from it

It’s already known that in order to gain an insight, your brain has to be in a quiet state, but new research by neuroscientist David Creswell from Carnegie Mellon sheds light on the phenomenon of how and why it can be valuable to come back to a problem, after a brief moment of distraction.

Creswell explored what happens in the brain when people tackle problems that are too big for their conscious mind to solve. He made three groups of people think about purchasing an imaginary car based on multiple wants and needs. One group had to choose immediately—this group didn’t do so well at optimising the decision. The second group had time to try to consciously pick the best car— yet their choices weren’t much better. The last group was given the task, then given a distracter task – something that didn’t require lots of mental energy, but still held their conscious attention, allowing for their non-conscious to keep working on the problem. Results showed this group did significantly better than the others at optimising their decision.

FMRI scans also showed something interesting happening with the third group. According to Creswell, the brain regions that were active during the initial learning of the problem, continued to be active (we call this unconscious neural reactivation) even while the brain was distracted with another task.