Five ways executives get screwed when signing a work contract 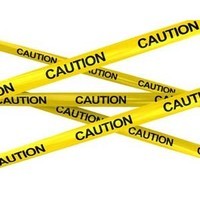 Former WIN Television executive Rodney Hockey is suing his former employer. He claims he was deceived into taking a new position instead of a redundancy, when a redundancy would have gotten him more money.

The case is scheduled to be heard in the Federal Court later this month, and is highly unusual for one key reason.

In most cases, industrial relations disputes involving executives are settled discretely, far from the courts, and far from the papers.

“I can count on one hand the number of times I’ve not been able to settle confidentially in the last two years,” says Terri Butler, a principal at Maurice Blackburn who often deals with such disputes. “I’ve had to commit to proceedings occasionally, but the parties usually act in a pragmatic and commercial way.”

Parties to executive disputes usually sign both confidentially agreements, as well as agreements not to disparage the other party. There’s also often a commitment to allow the executive to resign rather than to sack them, so it can be unclear to those on the outer just what has gone on.

This makes sense – everyone has a reputation to protect – but it also means many people are insufficiently aware of the dangers when signing an executive contract. Many a dispute could have been avoided if only executives had carefully scoured the contract and made sure they knew what they were getting into, Butler says.

Here are some of the ways executives get caught out.

Prior representations: Sometimes the only thing that counts is what’s in the contract

At the headhunter or interview sage, if a prospective employer makes commitments or promises, it’s important to get them in the written contract. In fact, most contracts have a specific clause saying that the contract is the whole of the deal between the two parties – anything said before explicitly doesn’t count.

“There is a provision against misleading representations – say, about conditions or the state of the business. You have some rights under that provision, but it’s not available in every circumstance,” Butler says.

“If there are important things you’ve been told, you need to see them in the contract.”

Non-compete clauses: Why you shouldn’t discount them

When James Warburton accepted a job as CEO of Channel Ten in March 2011, he was chief sales and media officer at rival Seven Media Group. He expected he could get out of it – Channel Ten announced he was starting on July 14 – but his former employer saw things differently.

In May, the NSW Supreme Court forced Warburton to wait at least another seven months before taking his position at Ten. The contract he had signed in December 2007 stipulated that he wouldn’t join a rival TV network for 12 months if he quit Seven – a clause the court upheld. Warburton had to take seven months of “gardening leave” while he served out most of the non-compete clause.

“There’s a lot of folklore about these clauses – a belief that they’re not enforceable,” Butler says. “That’s not really the case. Sometimes, they’re enforced for quite long periods.”

It’s quite common for executive contracts to stipulate a long period of “gardening leave” for outgoing executives – where they keep getting paid, but are sent home. After that, there can be another period of unpaid restraint, usually six months to a year. “Non-compete clauses can take you out for a year or more, so you need to take them seriously,” Butler says.

Non-compete clauses are typically split into two periods – one during employment, and one after the employment relationship ends. When an executive is employed, they typically have fiduciary obligations to their employer. Afterwards, there’s typically a sliding scale of things they can’t do immediately after leaving.

“That could be the use of confidential information, or the ability to poach clients or staff.

“If you’re going into a business with existing relationships, or a big client, it’s probably worth seeing if you can carve out those relationships from the non-compete clause.”

Likewise, typically everything an executive creates during a period of employment is the property of their employer. If there’s a project or idea you’ve been working on for years, it’s probably worth carving the intellectual property out of your contract before you sign.

Bonuses and stipends: How discretionary are they?

Executives typically receive bonuses for performance. It’s worth reading the fine print on these.

“Often contracts will do whatever they can to make it wholly discretionary on the part of the company. Executives can negotiate to have it fixed to certain targets.

“Other bonus programs require you to still be employed to have share options vested. Look at the fine print around such programs. “

Another area executives often don’t think of is expenses. Many companies require training expenses – such as an MBA – to be paid back if an executive leaves the company within a stipulated period. “You need to look at whether such provisions are triggered only when you leave, or also if the company terminates you. If it’s the latter, well, that speaks for itself.”

Do you have a right to work?

Traditionally in employment law, an employee has a right to be paid, but not a right to work. This means they can be suspended indefinitely as long as they keep getting a paycheck.

Recently, some court decisions have found that certain professionals have a right to keep practicing their profession. “Say you’re a senior medical specialist – you’d be affected if you didn’t exercise your skills,” Butler explains.

“In response to these developments, some employers have put in express provisions enabling them to suspend you without pay. It’s an issue you have to negotiate around if your future depends on you maintaining cutting-edge skills.”

In most industries there are few executive roles, and it can take time for an executive to find a new employer if they’re let go.

However, many contracts only offer one month’s notice of dismissal, or pay in lieu of notice. And for those earning more than $123,000 a year, there is no right under the Fair Work Act to unfair dismissal safeguards, unless other grounds, such as discrimination, are in play.

“It’s entirely contractual,” Butler says. “Sometimes, no performance or conduct reason is required to dismiss an executive. And because of the absence of unfair dismissal rights, there are few remedies. It’s difficult to challenge an executive dismissal.”

If executives want to be given a chance to remedy their performance if it’s failing, or to respond to accusations of misconduct, they need to build it into their contract before they sign it.