For brilliant results, kill the fear of failure 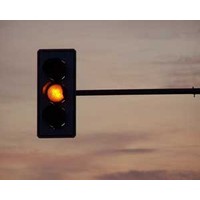 I recently conducted an innovation benchmark survey on a healthcare company and one of its lowest results was: ‘Our culture tolerates an occasional failure.’

Any astute leader can see the problem here. Innovation involves ‘trial and error’ and, by definition, failure. If this is not tolerated then people are less likely to tackle big, new projects.

This situation begs the question: How can you overcome a fear of failure?

Here are my suggestions:

Separate the failure from the person

Part of the problem with failure is the personal stigma. If you fail, you worry that you will be branded a ‘failure’. Yet this is certainly not the case. Most entrepreneurs, for example, (in the US anyway) view a failed business venture as a badge of honour. Separating failure as an activity from the person will encourage continued risk-taking.

View failure as a team or group process

I coach my daughter in soccer and no one ever wants to be goalkeeper. Part of the reason is that they feel personally responsible if the other team scores. When I explain that the ball has to go through 10 other players, they feel better. It is similar in a business environment. Because most work is done in groups or teams, it is a more valuable exercise to focus on where the team or group went wrong rather than blaming any one individual.

Reframe failure as an opportunity to learn

The truth be known, no one likes to fail but it is more palatable when it is positioned as a learning opportunity. In fact, most of our personal and business growth comes from when we failed rather than succeeded.

The other advantage of thinking like this is that people are more likely to take on a risky project and share their results, rather than trying to hide them (which is the case with failure).

Only punish failure when it is repeated

Leaders realise that failure can lead to growth. However, when someone repeatedly fails to learn from his or her mistakes (and share this learning), it is just plain dumb. Stupidity cannot be tolerated.

If you are going to fail, do it quickly and cheaply

In direct marketing there is an adage that if you are going to test something, try to do it quickly, cheaply and simply. I believe it is the case with the failure. If you know something might fail, try and learn this as inexpensively as you can.

What is your personal failure story?

One of the reasons for the innovation success of global innovation company 3M is that most of its leaders have their version of an Art Fry story (the inventor of Post-it notes). This story usually involved following a personal passion in spite of being told not to and it working out in the end.

In the same way, I believe every leader should have their own personal failure story which they can relate to their followers. It could be a personal, business or study one. The message should be that failure is part of growth and I came through it just like you can.

The goal is to fail (occasionally)

This sounds like a paradox but leaders who never fail perhaps have goals that are too comfortable. It is a fine line but we perform at our best when we have goals that stretch you yet are still achievable. If you never fail, perhaps it is time to move out of your comfort zone.

Perhaps the final strategy is to simply talk more about failing. If leaders want to install a culture of creativity and innovation then they have to encourage conversations about failing. Not to do so, is a failure of leadership