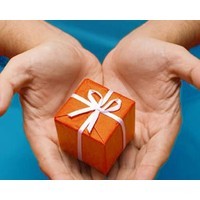 On Wednesday, mining magnate Andrew ‘Twiggy’ Forrest became the first Australian to join 105 other billionaires in promising to give away at least half their wealth to philanthropic causes.

With total wealth estimated at $6 billion, Forrest’s $3 billion charity pledge makes him the biggest philanthropist in Australia’s history. Alone, he’s eclipsed the amount all Australians give to charity annually, which according to the last available figures sits just under $2 billion.

Signatories to the Giving Pledge, started by Microsoft founder Bill Gates and legendary investor Warren Buffett, are required to write a letter explaining their reasons for taking the pledge. In their letter, Forrest and his wife, Nicola, wrote that they hope their example will “give others in fortunate circumstances pause”.

Australia’s wealthiest are not known for their generosity. Frequently compared to their counterparts in America, where philanthropy is expected of the wealthy, they are criticised for giving, on average, less than 3% of their wealth. More than 30% of those who earn more than $1 million don’t claim a charitable tax donation. America’s millionaires give away, on average, 15% of their wealth.

Earlier this month, ETS Securities founder Graham Tuckwell donated $50 million to the Australian National University to pay for undergraduate scholarships. It’s the largest single donation to a university in Australia’s history. The notoriously private Tuckwell, who rarely gives media interviews, gave plenty after announcing his donation. “I supposed I could have bought a yacht… but then how could I sit in church every Sunday?” he told The Canberra Times.

In October last year two high-profile businessmen gave away large sums of money to philanthropic causes. Long-time WorleyParsons CEO John Grill donated $20 million to the University of Sydney to fund a school of project management, while John Kinghorn, the founder of RAMS who made a fortune when he sold it to Westpac in 2007, gave away almost half his money. He put $300 million into the Kinghorn Foundation – which distributes $15 million a year to poverty alleviation, medial research and education – and another $25 million to fund the Kinghorn Cancer Centre at St Vincent’s Hospital.

“It’s very exciting,” says Louise Walsh, the CEO of advocacy body Philanthropy Australia. She says there’s been a sense of momentum building in the past six or nine months.

“These are very game-changing, transformative gifts. They’re being made by people who are prepared to speak and go public, and to talk about their gifts, including how they’re going to be engaged and involved in the organisation.

“Graham Tuckwell was fantastic a few weeks ago. He’s going to be involved in the selection of the scholarships, he’s going to make a point of mentoring the students. He talked about the passion he has for making these gifts.

“That’s fantastic, and it sets an example for others.”

Walsh adds that Forrest’s pledge is highly significant, and likely the result of a meeting Twiggy had with Bill Gates and Warren Buffett a few months ago, when he was one of the few Australians to meet with them.

“Whether another Australian will become part of the pledge, I don’t know. But we’re starting to see very, very large gifts. Forrest is a role model, and others will notice. To me, these are really game-changing things.”

Australia has its share of philanthropists, but they’ve tended to be isolated figures, increasingly willing to criticise their peers for not giving more. Dick Smith, who says he gives $1 million to charity annually, recently told LeadingCompany’s sister publication Crikey that other wealthy Australians are not doing enough.

“I’m very disappointed that not one of our salaried CEOs is known as a philanthropist – the big bank executives and the heads of the major banks… I’m amazed they get away with it.”

But Dr Wendy Scaife, a senior research fellow at the Australian Centre for Philanthropy and Nonprofit Studies, says many Australian millionaires give to charity anonymously.

“We’re sometimes afflicted by the ‘tall poppy syndrome’,” she says. “Sometimes people don’t like to have their giving celebrated in a public way, because they think they’ll be criticised for blowing their own trumpet.”

She points to another reason that makes the comparison with the United States a little unfair. “Americans believe the community should support the community, keeping the government out of it…Thankfully, there is a welfare state here; a safety-net for our most downtrodden.

“But the downside is that government coffers are not a bottomless pit. And I do believe that a strong community is very important.”

Another factor driving US donations is the fact that many American states have death duties, which tax a large portion of someone’s estate upon their death, the former CEO of Colonial First State and keen philanthropist Chris Cuffe recently told SmartCompany. In America, philanthropy can be a tax minimisation strategy.

“Our money is newer and their money is older,” he added. “Philanthropy is like the soft currency at social tables or in the big boardrooms [in America]. There is real pressure to give.”

“Because of this, I can only speak on longer-term trends,” Scaife says. “But certainly philanthropy has grown tremendously in the past couple of decades. Things like mentions in the media are certainly up, and we know from our qualitative work, from interviews we do, that some people do donate because something in the media prompted them.”

“Other reasons include a particular need in their community. Sometimes it’s just seeing someone like themselves [being philanthropic]. Most people say it’s not the high-profile stuff in the media that prompted them to give, but rather, they’ve been at a lunch, or a stockbroker’s office, and someone presents something about their giving, which prompts them to pitch in.”

What’s most encouraging about recent donations, Scaife says, is the fact that many have been significant when considered as part of someone’s total wealth, and aren’t just large when looking at the headline figure.

“If I did have a criticism of some of our high-net-worth individuals, it’s that they don’t give according to their means. We’re very generous in times of natural disasters, but we tend to give $20, feel good about ourselves, and then go and spend on an $80 meal.”

By pledging to give away at least half their wealth, the Forrests have set the bar far, far higher than that. According to last year’s BRW Rich List, Australia has 32 billionaires. “I’d love to see them all sign up to the Giving Pledge,” Walsh says. “There should be more to follow.”