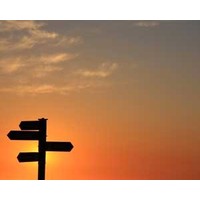 No sooner had David Gonski accepted the role as chair of the nation’s sovereign wealth fund, the $73 billion Future Fund, than he resigned as chairman of the Australian Securities Exchange (ASX:ASX).

However, Gonski, a former partner at law firm Freehills, still holds six other chairman roles on company and community boards, and two directorships.

The question facing leaders of Gonski’s stature and energy is: how much is too much? How do directors choose between the opportunities available to them, ensuring they can keep to their commitments and make a meaningful contribution?

The director of education at the Institute of Executive Coaching, Hilary Armstrong, says she advises directors she is coaching to use a systematic “landscape” approach. “They are not only making decisions about their personal ambitions and how that might play out, but also about what the perceptions of others might be,” Armstrong says.

Charles Macek, a director of Wesfarmers (ASX:WES) – the eighth-largest public company in Australia, says the answer comes down to simple priorities. “I ask myself if [the opportunity] is of interest to me, and if something else comes along, could I continue with what I have got,” he says. “The key question is one of time commitment.” [Macek’s comment relates to his own commitments, not those of Gonski.]

Gonski will have his work cut out if he maintains his other roles, in particular, as chairman of Coca-Cola Amatil (ASX:CCA).

He chaired the six board meetings, and attended four meetings of the remuneration committee and another 16 meetings across another four committees.

David Murray, the outgoing chair of the Future Fund, attended 10 of the 11 meetings of the Board of Guardians, and another three meetings of the remuneration committee at its invitation.

Assuming Gonski keeps up the same schedule, Gonski would already have over 40% of his year (156 days) committed, allowing a modest preparation time of three days per meeting (and for some follow-up), with a day for each meeting.

Then, he has another eight board positions to manage. (LeadingCompany asked Gonski for an interview, but he was unavailable due to previous commitments.)

Armstrong, who also declined to comment specifically on Gonski’s case, says directors can address the matter of perception by “walking in the shoes” of stakeholders. “We have a very self-centred – some would say narcissistic – culture, and people with the wisdom will put themselves in another’s position and think about it,” she says. “You need to think intuitively and to imagine it from the point of view of the stakeholder most likely to have the worst reaction.”