Google seeks new Australian head: Three things you need to get the gig 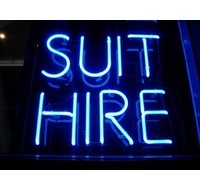 Google Australia and New Zealand’s managing director Nick Leeder is off to France.

Google has only had a local MD since 2007, but since then, both the people who’ve occupied the role have been promoted to bigger and better things. Before Leeder got sent to Europe, Karim Temsamani got called up to work as a vice-president of the products and solutions division in head office in America, and since January he’s led Google Asia-Pacific.

Now that the Google Australia hot-seat is empty, the question is who’ll get to fill it?

Unusually for a high-level executive position at a major company, though perhaps fittingly for Google, the job has been advertised on Google Plus. Anyone can apply, whether or not Google’s headhunters tap you on the shoulder.

The ad calls for an “excellent communicator” who uses an “analytical approach” to sales management. It also mentions wanting a “charismatic leader” who can be an advocate for Google in the country. The ad says Google wants a “proven influencer among [Australia and New Zealand] media, business and political channels, with strong relationships within the advertising and technology players in the region”.

The Google gig is highly sought-after because it’s a chance to become part of a dynamic company with notoriously swanky offices and a highly-engaged, innovative workforce. It’s also a chance for promotion – the ad makes this clear, stating it wants someone with “the potential to grow further beyond this role as part of Google’s internal talent pipeline for senior leadership”.

How can you up your chances of landing the job?

Leeder was deputy chief operations officer at News Digital Media and deputy CEO of The Australian. Before that he was at Fairfax.

However, as media analyst Ben Shepherd points out over at Business Spectator, the position of ‘country director’ is primarily sales-focused, making it a very different role to that held by other media chiefs (his money is on James Warburton getting the gig).

Another thing the Google chiefs have is advanced management training. Leeder has an MBA from INSEAD in France, which no doubt smoothed his passage into the Google France role. Temsamani has completed management courses at Harvard University, though notably, he did them after he got the Australian chief gig.

Lastly, Google Australia’s chiefs have international experience. As mentioned, Leeder studied in France. He speaks the language, and he’s also presumably a citizen, as his wife is French.

Temsamai worked for publishing group Hachette in Hong Kong and Korea before taking on a position in Sydney.

Another thing: don’t be a Kiwi. The role is to lead up Google’s Australia and New Zealand operations, but neither of the past two chief’s resumes show any specific experience across the Tasman. The role has previously been Sydney-based.

Tick all three? Well, what are you waiting for?