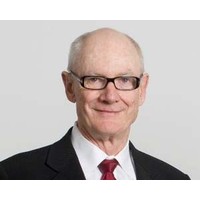 Australian businessman and former WorleyParsons CEO John Grill yesterday announced his plan to donate $20 million to the University of Sydney set up a school of project management. The John Grill Centre for Project Leadership, as it will be called, is designed to address what Grill sees as a knowledge gap in businesses around the world.

The announcement was made at Grill’s last annual general meeting as CEO of the engineering firm. He said he wanted to target leadership candidates with 10 years’ work experience and help them to deal with complex, large-scale projects. Grill said a major study of 300 megaprojects by United States project management consultancy, Independent Project Analysis, showed up to 65% failed to meet their objectives.

Melbourne residents will know the consequences of a poorly implemented project. The city’s new transport payment system, myki, had a budget of $1 billion and was due to be in place by 2007. It is still being rolled out and the cost blowout has been estimated at $500 million.

Grill’s donation is the largest by a living Australian, according to philanthropy.org.au, and his generosity has surprised few. He leaves WorleyParsons as the fifth-richest executive in Australia, with his wealth estimated BRW in March at $725 million.

The Australian Institute of Project Management (AIPM) has welcomed the announcement. CEO Margie O’Tarpey says although she wasn’t directly involved in any of the arrangements, it was positive for the industry.

“We support better professional management of projects and that means ensuring that project managers are competent,” she said, adding that a number of AIPM-endorsed courses were already being run at universities and TAFEs across Australia.

But an expert on the subject says poor management isn’t always to blame for failed projects.

Paul Culmsee wrote a book examining methods of dealing with complex problems in businesses, The Heretic’s Guide to Best Practices. He says he isn’t convinced management is the problem or the solution. “Everyone will attribute [a failed project] to poor leadership or poor management and having seen projects like these I’m not sure it’s true.”

He says the real culprits of project failures are existing management models and their misuse. “It’s the conditions under which management operates. Someone said to me in a lecture the other day ‘The seeds of doom were planted at the very start.’ Some of the tools [we’re taught] work fine if you get the conditions right, but they often get put in place incorrectly.”

Although Grill’s donation is out of the ordinary in Australia, wealthy contributors to universities are quite common in the US. Grill told The Australian Financial Review that other successful Australians should give back to their communities through gifts to learning institutions.

Grill’s donation will also be seen as a thank you to his old alma mater. He graduated from the University of Sydney in 1967 with honours in civil engineering, and received an honorary doctorate of engineering in 2010.