It’s time to hang up your aprons in shame 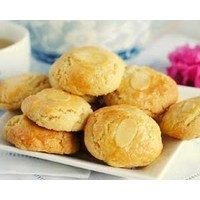 No. No, no, no. I cannot believe it. But, unfortunately, it is true.

The influential women of social media who were invited to the house of the Prime Minister Julia Gillard for an intimate chat yesterday brought baked goods. Baked goods!! I ask you: is it really believable that in 2012, women of influence would not recognise the brand damage that baking can do?

I have inside information that this gob-smacking transgression did actually occur from a trusted source – Angela Priestley, editor of LeadingCompany’s sister site, Women’s Agenda – who was invited (of course) to the PM’s house.

Priestley revealed exclusively to Pandora that the idea of baking for the PM did not actually cross her mind. “Even if it had, I would not have baked, partly because of the damage to my personal brand, and also because I have not spent enough time in the kitchen to be a good cook,” Priestley confessed.

Collectively these women – many of whom are editors of the pejoratively-named “mummy blogs” – have enormous audiences of professional women in various stages of procreation – pre-, post- and post-post, and not-going-near-procreation-with-a-barge-pole. In short, this group kicks arse. Which is the reason they got an invite to the PM’s parlour.

So why on earth did they feel the need to belittle themselves? Honestly, can you see heavy-hitting male journalists such as Mark Colvin, Kerry O’Brien, or Tony Jones turning up with a plate of choc-chip cookies? Even if they read this article and say they would do so, the reality is that they have not, ever, in their entire lives, turned up to a professional occasion with a plate!

Bringing baked goods into a work situation is up there with ostentatiously putting on your lipstick in public, flipping your hair back in meetings, and smiling when you are telling someone off for doing a piss-weak job – it just is not the way to the corner office.

This is what author Lois P. Frankel means by “unconscious mistakes that women make that sabotage their careers” – the subtitle of her book, Nice Girls Don’t get the Corner Office.

I am all for subverting the symbols of oppression. OK, go ahead and call the hugely influential websites that women run “mummy blogs”. We’ll use that name ourselves and get even more traction and influence. I’m cool with the women’s network called Business Chicks.

But unless you want to spend your professional career making coffee, taking notes and being paid less than stupid people, put the apron away. (Do I really have to say this?)