How active is your listening? 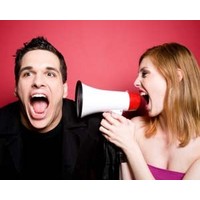 A key part of my role as a career and change strategist is listening. Yes, I speak too – some would argue too much – but, really, the key requirement of this role is to listen carefully, actively and encouragingly.

And the key word is actively. It’s just not on to be thinking about the next client, the meal tonight, how the cricket game is going – it’s about engaging with the client now, in this moment, actively.

Clearly, though, active listening also serves other important purposes, such as:

Listening actively requires effort and overt behaviour. We are not listening actively if we simply listen without saying anything while the other person speaks – even if we believe we comprehend precisely what is being said. To listen actively, we must show the communicator that we:

As listeners, we have our own work to do as communicators.

Here are three useful techniques, with a few sub-thoughts:

The most obvious, yet most important and powerful verbal technique is ‘playback’ – where you simply say to the communicator what you believe you have heard them say. This is not ‘parroting’, but attempting to paraphrase and summarise the message you have heard. It’s more difficult than parroting, but much more effective.

In ‘playing back’, you are showing that you want to understand and that you are making an attempt to engage with the content and message.

If you’re not sure what the person is saying, ask questions. Without asking questions, you’re unlikely to really understand, even though you might think you do. Some people are reluctant to ask questions – it may appear rude or impolite, or you feel you may be viewed as not particularly bright – however, it’s far worse if you don’t ask questions and are found out in some way later.

Don’t ask questions that expose weak points or inconsistencies, unless that is exactly what you do want to do, or have been asked to do. Finally, resist the temptation to ask leading questions, or questions that are actually supporting your own view!

Eye contact is an essential technique for face-to-face communications. And yes, there is a cultural element to listening. But, while one needs to be culturally sensitive (a key part of active listening), most business environments expect some level of eye contact, and most of the time people feel very uncomfortable if someone won’t look them in the eye.

Similarly, your body language and listening posture send very clear messages to the receiver about your state of mind, your interest and engagement. While we can often read way too much into body language or what we’ve heard this or that means, generally crossed arms, leaning away from the communicator or sitting hunched over, could indicate that you are defensive or closed to the person. Sitting straight, perhaps leaning slightly forward with arms uncrossed would tend to signal that you are open to receive.

It is important to engage your mental faculties and intellect when listening. Learn to suspend critical evaluation. We tend to listen for errors, omissions or faulty thinking, which gets in the way of the message. We may come to a conclusion before we fully understand what the communicator has intended to say.

Listening to understand (active listening) and listening to evaluate involve fundamentally different mental processes. Clearly we should look to first listen to understand and then to evaluate. It’s probably impossible to suspend, but with self-awareness and practise, you can ensure that it doesn’t become the focus of the listening process.

Active listening is a technique that yields benefits in almost every context. Most people are not accomplished listeners, so, if you master active listening, you will differentiate yourself, be better informed, have a stronger basis for making decisions, and build more positive relationships with others.

Active listening is just like any other skill – it needs practise, but you can master it with positive intent and effort.

So, have you heard me?