How an MBA can propel you out of a career rut 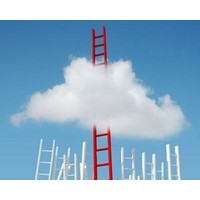 Kate Lawrey was racing up the career ladder. A Bachelor of Social Sciences graduate, she had spent six years at the Royal Australian and New Zealand College of Obstetricians and Gynaecologists working with rural and regional doctors, putting in locum stints, doing some marketing and event management. Wherever they put her, she did well.

Kate was going places. Then she looked up the career ladder and realised that the people the next level up had 20 years on her. With that knowledge gap, her career flashed before her eyes. That was when she decided to do an MBA. After graduating, she has switched careers completely, landing a job with Johnson & Johnson as an immunology products manager in their pharmaceuticals company. She has also been put into J&J’s two-year international development program which will develop her skills as a leader, accelerating her progress on the company’s career ladder. Her career has unfolded in a way she never considered before her MBA.

Lawrey says the most terrifying part when she started the MBA was not knowing exactly what she wanted to do. But the process, she says, opened her eyes to new possibilities. “The start was kind of scary but the more you get exposed to things and the more you talk to people around you, the more you learn that you are able to make that decision,’’ Lawrey says.

What was it about the MBA that triggered the career change? “The business knowledge is something I needed and it’s something I’m glad I’ve done but I think that’s only one component,’’ she says. “It’s the people you meet and the thinking you’re encouraged to do about yourself. It really puts you on a path to where you want to be.

“It was a combination of factors. It’s the people you meet because everyone has such a different background. It’s such a diverse group of people where you go in and say ‘I didn’t even think of that’. They just give you some perspective that you never even thought of.”

The MBA is about more than just getting skills. For many, it’s a career-changing tool. It can turn engineers into financial analysts, IT specialists into brand managers and administrative assistants into procurement specialists. In recent years, ex-military people have begun doing an MBA to move into consulting and financial services.

What is it about the MBA that creates a career change? First, it gives people the skills and networks to launch their careers in new directions. Secondly, the process opens the career-switcher’s mind to an array of possibilities.

Matt Logan, who has managed career services at the Australian Graduate School of Management and consulted to the London Business School, and who is now working as a careers consultant, says people doing the MBA tend to be looking at a career change. Career shifting is built into the process.

“A lot of people doing an MBA are faced with a crossroad,’’ Logan says. “They might have an idea beforehand of where they would like to go and they know that if they want to be successful, having an MBA is very useful but a lot of people do an MBA to try and work out where they might go.”

“The MBA gives them the ability to self-manage their career.”

Kelly Magowan, a careers consultant at Melbourne Business School, says the MBA does this by making the person more self-aware. They start asking questions about where they are going and where they want to end up.

For many, an MBA is about self-discovery. “They discover new skills and new areas of interest and it leads into a new profession for them,’’ Magowan says.

“People learn a lot about themselves and discover a lot more.

“They get the academic knowledge but there’s a lot of personal growth that goes on as well when they do an MBA. It’s time spend reflecting and they do find they have skills and interests in things they weren’t really sure of at the outset.”

David Senior, director of career services at Melbourne Business School, says career change is par for the course with the MBA. It happens all the time, he says. The process opens people’s eyes to new possibilities.

“It’s the kind of thing where they see things from different angles all the time where they are evaluating cases or looking at particular areas of study. Whether it’s strategy, finance, operations management, HR management, they are seeing things from different angles,’’ Senior says. “You can see a problem, work out a solution from a range of angles which you wouldn’t normally find.

“We have conversations with every student on a one-on-one basis for career transformation and what we’re doing here in the school is not just providing a portal to a new job. We’re actually teaching them career management for life.

“Quite often, for example, we have people with an IT background arriving looking for a completely different role. It could be brand management, it could be marketing. They are very analytical once they leave here.

“They arrive with good skills but we work a lot on analytics looking at problem-solving in the real world and how to apply that. We say it’s the year that transforms their lives. They’re looking for a complete change.”

Mark Hunter, who used to design safety systems for Jaguar and the Land Rover, used the MBA to land himself a job running a wealth creation business for the NAB.

Hunter says the MBA shakes up a person’s career by exposing them to different ways of thinking. And it taught him that his skills as an engineer were transferrable to other industries. “Allowing myself the time to mix with people from very different professions and different backgrounds made me realise what I really enjoyed was fixing difficult problems, the things that had been intractably complicated to solve,’’  Hunter said.

“I used to design an airbag or a test system or a steering wheel to deliver a higher level of safety performance. What the MBA made me realise was that you can use the same analytics and root cause thinking where you can get to the root of the issue to solve some business problems.”

The key, he says, was mixing with different people.

“It’s quite hard from the outside to understand what goes on in a bank or what goes on in a large retailer whereas in an MBA you sit next to people who have done that as a career,’’ he says. “You can share the insights into what the great successes of those industries have been, the insights that the people have managed to capture and act on to deliver a really good result.

“Part of it is just the time – you have the time to think about life in a different way that you wouldn’t if you were turning up to work and getting beaten up about budgets and deadlines.

The skills it teaches, he says, can extend your own competencies into new areas.

“You start knowing nothing about marketing but by the end, you are not an expert but you understand how marketing works,’’ he says. “The same applies to financials and operations and strategy so you begin to become highly effective because your previous skills in engineering have trained you how to look for the biggest problem and the root cause.”

“I had always seen myself being an engineer forever because I was good at solving problems to do with the designing of cars. But with the skills and experience that you’ve got as a result of doing the MBA, you can solve problems within financial services or within retail or frankly anything if you think hard enough.”

Mushfiqur Rahman, who worked in the telecommunications industry in Bangladesh, now works as a strategy consultant at PricewaterhouseCoopers after getting his MBA.

“The MBA gave me a broader perspective: understanding different aspects of the business, being able to look at an industry and being able to use my business knowledge to break it down into manageable chunks,’’ Rahman says.

“It helped me understand what I really wanted to do.

“You get the business skills that you can apply across different industries. The second would be your connections so you end up meeting with a lot of industry people and partners. And I would say the third is being able to fit into the Australian culture.

“The three of them come through the MBA experience.”